Russia does not need US’ permission for relations with Iran - Russian Ambassador | Eurasia Diary - ednews.net

US senator prepares proposal to purchase S-400 from Turkey
Read: 551 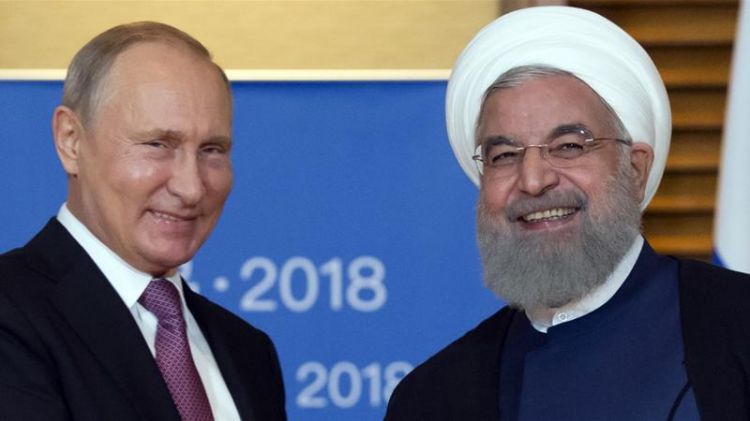 Naming his country independent, in an interview with the Press TV, the envoy underlined that Russia does not need permission of the US or any other country for continuing ties with Iran, Eurasia Diary reports citing Mehr News.

He evaluated Iran-Russia future relations positive saying that “the Presidents of the two countries will regularly meet each other on various occasions and discuss different issues.”

“Fortunately, we are witnessing various mutual agreements signed on economy, politics, and culture,” he added.

Addressing the probable measure of the US and its allies for referring Iran’s file to the UN Security Council, Dzhagaryan said “Russia, China, and other European countries will try to prevent this negative scenario. The whole world knows that this treaty is in jeopardy, and the only country responsible for the disaster is the US. We condemn the US’ withdrawal from this international agreement. The Americans violated international law in this respect, and Iran was forced to take required action because it had no other choice. The JCPOA provided no interests for Iran.”

The Russian ambassador reiterated that his country will continue its cooperation with Iran on the construction of nuclear sites in Bushehr as well as other projects including electrification of Garmsar-Incheboroun railway, establishment of a thermal power plant in Hormozgan province and etc.

Rejecting the US statements claiming that Iran-China-Russia cooperation will ignite another war in the region, he said “they are baseless accusations since it was the US who led Libya, Iraq, and Afghanistan into wars.”

“I suggest Americans to have a look back to their measures in the past years to find out which country puts regional security at risk,” he added.