‘All eyes on the Kingdom’ as Saudi Arabia takes helm of G20 | Eurasia Diary - ednews.net 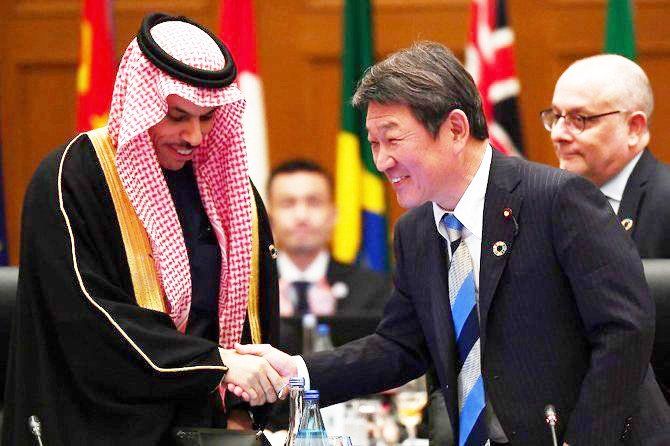 The Kingdom takes over the role from Japan, and will direct the G20’s work for the next year. As chairman, King Salman will host the group’s 2020 summit in Riyadh over two days next November.

The Saudi presidency will focus on three aims: Empowering people, by creating the conditions in which everyone — especially women and young people— can live, work and thrive; safeguarding the planet, by fostering collective efforts on food and water security, climate, energy, and the environment; and long-term strategies to share the benefits of innovation and technological advancement.

“Working with our G20 partners, we will strive to deliver concrete actions and realize opportunities to enable us to face the challenges of the future.

“In hosting the G20, the Kingdom will have an important role to play by sharing the perspective of the Middle East and North Africa region. We believe this will be a unique opportunity to shape consensus on international issues as we welcome the world to the Kingdom.”

For the next year, “all eyes will be on Saudi Arabia,” political analyst Dr. Hamdan Al-Shehri told Arab News.

“We know Saudi Arabia’s strength is both economic and diplomatic, and this will be the time to showcase it to the world,” he said.

Other countries realized that Saudi Arabia’s strength lay in oil, but it was charting a different course through Vision 2030 with a future focused on the non-oil economy, Al-Shehri said.

He pointed out the strategic significance of Saudi Arabia’s location, connecting three continents and linked to crucial maritime straits at Bab Al-Mandab, Hormuz and the Suez Canal. These shipping lanes were vital for international trade, Al-Shehri said, and Saudi Arabia protected them not just for itself and the region, but the whole world.

The G20 presidency was “a chance for the world to see the significance of our country and what it has to offer. It is a lively nation,” he said.