It's up to the U.S. to decide what 'Christmas gift' it will get - North Korea warns US | Eurasia Diary - ednews.net

Azerbaijan has right to use its armed forces to take back its legally acknowledged territory - British journalist
Read: 3010

It's up to the U.S. to decide what 'Christmas gift' it will get - North Korea warns US 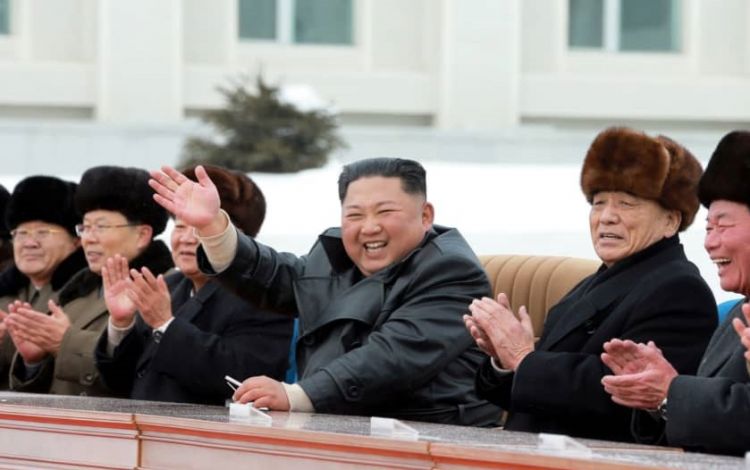 North Korea delivered an ominous warning to the United States on Tuesday, saying that it is “up to the U.S. what Christmas gift it will select” as a year-end deadline for a “new approach” by Washington to stalled nuclear talks grows closer, Eurasia Diary reports citing Japan Times.

“Drawing nearer is the year-end time limit the DPRK set for the U.S.,” Vice Minister of Foreign Affairs Ri Thae Song said in a statement, referring to the North’s formal name, the Democratic People’s Republic of Korea.

“However, the U.S. is keen on earning time needed for it, talking about the ‘sustained and substantial dialogue,’ far from acting in response to the measures taken by the DPRK first,” Ri said, according to the statement carried by the official Korean Central News Agency.

Ri blasted the U.S. push for more nuclear talks as “nothing but a foolish trick hatched to keep the DPRK bound to dialogue and use it in favor of the political situation and election in the U.S.”

He said the North had “heard more than enough dialogue rhetoric” from Washington and that “no one will lend an ear to the U.S. any longer.”

Ri used his statement to remind the U.S. of the deadline, set by North Korean leader Kim Jong Un, claiming that Pyongyang has “done its utmost with maximum perseverance not to backtrack from the important steps it has taken on its own initiative.”

“What is left to be done now is the U.S. option and it is entirely up to the U.S. what Christmas gift it will select,” Ri said.