'President Macron has isolated himself in NATO' | Eurasia Diary - ednews.net

Azerbaijan has right to use its armed forces to take back its legally acknowledged territory - British journalist
Read: 3053

'President Macron has isolated himself in NATO' 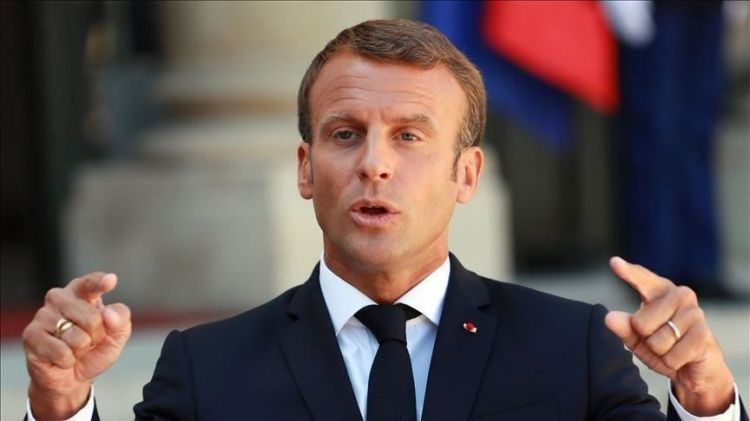 "NATO needs to go through a self-reflexive process because the world is changing. But it has nothing to do with the French president’s arguments," the high-level diplomat said.

Heads of states and governments will celebrate the 70th anniversary of the alliance and discuss future strategies during their summit Dec. 3-4 in London.

Earlier this month, Macron called NATO "brain dead" in an interview with The Economist weekly. He also expressed doubts on the applicability of the principle of collective defense, explaining that the U.S. showed signs of "turning its back" on its military allies as it had "demonstrated starkly with its unexpected troop withdrawal from northeastern Syria last month."

He urged Europe to rethink its "strategic power" and to regain "military sovereignty."

Macron's interview was published during a visit by U.S. Secretary of State Mike Pompeo and NATO Secretary General Jens Stoltenberg to Germany, marking the 30th anniversary of the fall of the Berlin wall.

"Macron's questioning the cornerstone of NATO isn't good rhetoric to build coalitions. It united every member state, even those who sometimes voice criticism about the alliance," the source said, referring to the military alliance's commitment towards collective defense enshrined in Article 5 of the NATO charter.

"Based on Foreign Minister Maas's proposal, NATO will engage soon in a process of reflection. It is neither a review nor a revolution because the foundations of the alliance are solid," the European diplomat confirmed.

NATO leaders will give the green light to changes in the alliance's common funding in London.

France will not contribute to the rebalancing of the relatively small budget that finances salaries and operations at NATO headquarters in Brussels, as well as other annual expenses.

The rebalancing reduces the U.S. contribution to the common funding budget from 22% to 16%. From 2021, NATO member states will contribute an amount based on their gross national income. Germany pledged to cover the French opt-out. The alliance's common funding amounts to 0.3% of the NATO countries' total defense budget.