Ankara complains it has not received expected support from NATO | Eurasia Diary - ednews.net

Ankara complains it has not received expected support from NATO 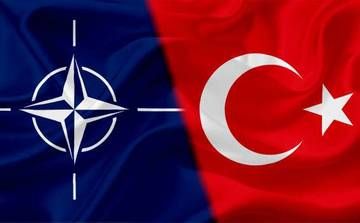 "Turkey has not received the kind of robust support it expected from NATO in recent years," Altun said on Twitter.

"Despite this, Turkey has contributed to various NATO missions with its second-largest army in the organization. We will continue to contribute but also expect support for our concerns," he added.

Noting that NATO is preparing for a summit on Dec. 3-4, the Presidential Communications Director said: "As threats to our security have increased in recent years, Turkey is ready to help lead a strategic conversation," Hurriyet Daily reported.

"Collective security is the most important pillar of stability in peace times and security in war times. A failure to adequately acknowledge the legitimate threat perceptions and security concerns of member states will weaken the alliance and make NATO less credible," Altun concluded.