Azerbaijan has right to use its armed forces to take back its legally acknowledged territory - British journalist
Read: 2955 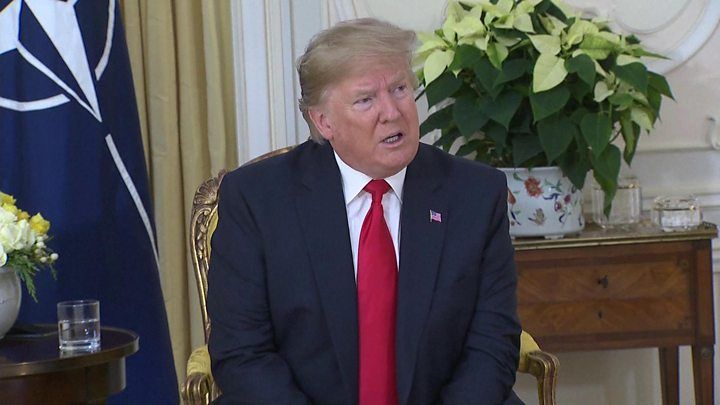 In London at a bilateral meeting alongside NATO Secretary-General Jens Stoltenberg, Trump reacted to Macron telling The Economist magazine in early November that recent U.S. troop actions in Syria are contributing to the “brain death” of the NATO military alliance.

Trump said Macron made a “very, very nasty statement” which was “very disrespectful” to the 28 countries who are members of the alliance.

“Nobody needs NATO more than France,” Trump said, alluding to France being invaded twice during both World Wars. “It’s a very dangerous statement for them to make,” Trump said. “Frankly, the one that benefits the least is the United States. We are helping Europe unite and go against a common foe – may not be a foe – I can't tell you."

“It is a very tough statement to make when you have such difficulty in France when you look at what is going on," Trump continued. "They have had a very rough year. You just can't go around making statements like that about NATO. It is very disrespectful."

"What we are currently experiencing is the brain death of NATO," Macron told magazine in the wake of the United States' decision to withdraw troops from northeast Syria. He said the U.S. appears to be "turning its back on us."

"So as soon as you have a member who feels they have a right to head off on their own, granted by the United States of America, they do it," Macron said, referring to Turkey's military offensive into Syria following the troop withdrawal. "And that's what happened."

Speaking Tuesday, Trump suggested he could see France “breaking off” from NATO but did not elaborate further.

"It is a very, very nasty statement. I think they have a very high unemployment rate in France. France is not doing well economically at all," Trump said. He pointed to the yellow vest movement in which demonstrators took to the streets to protest government tax reforms burdening the middle class.