Trump claims Russia created hypersonic missile after receiving info about it from US
Read: 430

The Azerbaijan Army is ready to suppress any provocations of Armenia and undertake strong retaliatory actions - Defense Minister
Read: 213 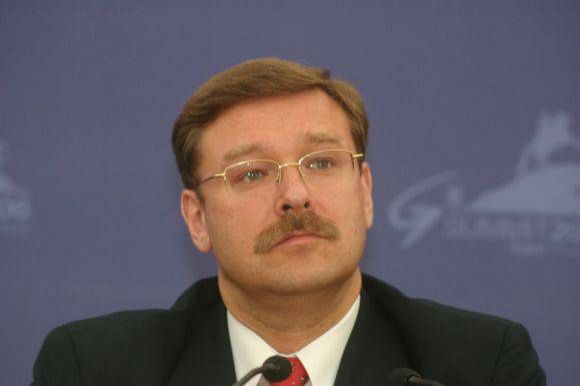 Konstantin Kosachev, who chairs the Foreign Affairs Committee of the Russian parliament’s upper chamber said the Russian side is ready to resume dialogue with members of the European Parliament, Eurasia Diary reports citing Tass News.

"I would like to use our conversation to once again tell our colleagues in the European Parliament that we are ready to resume dialogue via the committee of parliamentary cooperation and the committees on international affairs," Kosachev said during Wednesday's meeting with European Parliament’s foreign affairs committee member Reinhard Butikofer at the Federation Council of Russia, the parliament’s upper chamber.

"The incumbent European Parliament International Affairs Committee Chairman David McAllister and me already know each other by correspondence. We exchange letters and there appears to be mutual interest in a personal meeting. But, at the moment, this is more of a wish than of a reality," he said, requesting Butikofer’s assistance in organizing a personal meeting.

According to Kosachev, the main problem that hampers the dialogue between Russian and EU lawmakers is that European resolutions often take a one-sided approach to bilateral issues, reflecting only the point of view of states represented at the European Parliament. Those nations "use those institutions to seal their anti-Russian sentiments," he said.