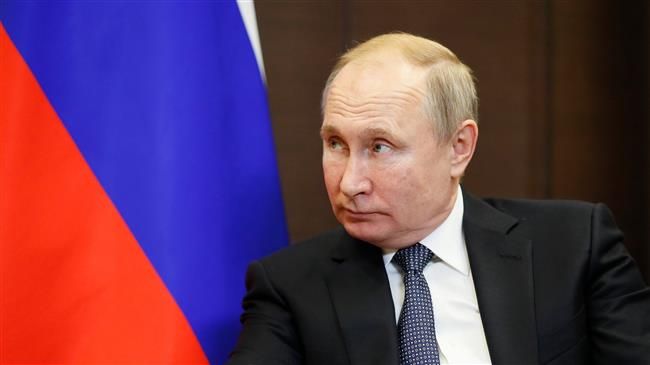 Russia has expressed concern about the growing militarization of space by the United States and its allies, warning that such hostile measures should be counterbalanced, Eurasia Diary reports citing Press TV.

“Russia has always opposed and continues to oppose the militarization of space,” Russian President Vladimir Putin told a government meeting on military policies on Thursday. “[But] the US political and military leadership openly consider space a war theater. Developments demand that we pay increased attention to strengthening our orbital group as well as our rocket and space industries.”

President Putin said that in recent years, Russia had considerably upgraded its group of military and dual purpose satellites.

Russia’s orbital group is a constellation of more than 150 satellites, most of which are parts of military satellite communication systems; but Moscow also has satellites monitoring the launches of intercontinental ballistic missiles as well as short-range tactical missiles.

Putin’s comments came after the NATO military alliance recognized space as a domain of warfare.

During a summit in Britain’s capital, London, on the 70th anniversary of NATO’s establishment on Wednesday, its members declared space “the fifth operational domain and committed to ensuring the security of telecommunications infrastructure, including 5G.”

NATO perceives Russia as a “threat.” The alliance severed ties with Moscow in 2014 and has since continued to build up a military presence in the Baltic region, on Russia’s western borders.

Meanwhile, US President Donald Trump has taken an increasing interest in space, announcing the establishment of a new Space Force branch of the military last year, despite opposition from the Pentagon.

The US claims that both China and Russia have been seeking to militarize space. In a report earlier this year, the US Defense Intelligence Agency described the two countries as the “real threats” to “US capabilities” in outer space.

Analysts say the US exaggerates the space military capabilities of Russia and China as a pretext to accelerate its own plans to prepare for space warfare.

This is while Washington is a member of the Outer Space Treaty, which prohibits the deployment of weapons of mass destruction in space and only allows for the use of the moon and other celestial bodies for peaceful purposes.