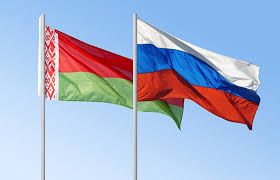 Belarus is eager to promote constructive cooperation with Russia, but on an equal footing, Belarus President Aleksandr Lukashenko said as he addressed members of the House of Representatives and the Council of the Republic of the National Assembly of the sixth and seventh convocations on 5 December, BelTA has learned.

The head of state noted that relations with Russia have had their ups and downs. “We can argue, disagree with each other, but I am sure we have always been and will remain allies in the end,” he explained.

“Belarus seeks to maintain constructive cooperation with Russia, but on an equal footing, this is a fundamental condition. This does not mean, as they often say in Russia even at the highest level, that everything should be put together and divided in half. I said that if this happens, we will get more than we can handle,”

Aleksandr Lukashenko said. The president emphasized that Belarus does not need anything from Russia. “All we need is implementation (both in letter and in spirit) of the agreements we signed. If this is a union, then it should be based on equality,” he said.

“What is the other foundation of a union? Annexation, seizure, and enslaving? No, this is a thing of the past and no one will treat Belarusians like that now. We will not allow to. Therefore, what we want is equal partnership,” the head of state stressed.

More than that, the president noted that occasional statements suggest that certain things were not stipulated by the Union State documents. The head of state is convinced that in this case one should refer not only to the letter, but also to the spirit of the agreements and documents. “Do you really think that while signing these documents we agreed that the terms would become increasingly unfavorable for us every year? It is total nonsense. We signed the documents and entered the union underpinned by Russia just because we wanted to shape our future together. We realized that we would get what we want from Russia and Russia would get what it wants. That was the reason why we signed these agreements. They just should be honored,” the head of state said.