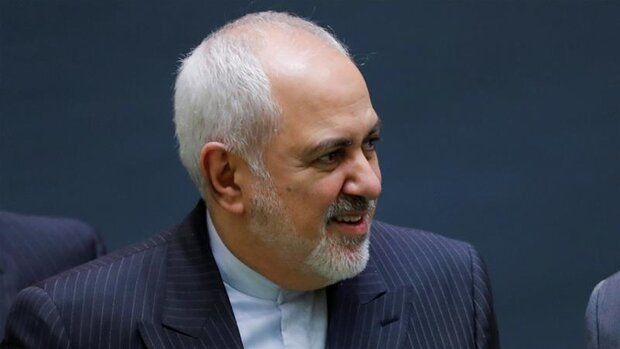 "Latest E3 letter to UNSG on missiles is a desperate falsehood to cover up their miserable incompetence in fulfilling bare minimum of their own #JCPOA obligations," FM Zarif wrote in a tweet on Thursday.

His remarks were in reaction to a letter penned by France, Germany and the United Kingdom to the United Nations Secretary-General Antonio Guterres, in which the three European signatories to the Iran nuclear deal (JCPOA) made the allegation that Iran’s ballistic missile activity is “inconsistent” with the call in a council resolution endorsing the 2015 nuclear deal with Iran.

"If E3 want a modicum of global credibility, they can begin by exerting sovereignty rather than bowing to US bullying," Zarif stressed.

The Iranian diplomat capped off his tweet with an image of two UNSC resolutions, with the Resolution 1929 on banning Iran's ballistic activities stamped as 'terminated', and Resolution 2231, still endorsed, outlining the termination of Resolution 1929 in 2010, under Article 41 of UN Charter.