Russia to take nuclear trial as close to US borders as possible | Eurasia Diary - ednews.net 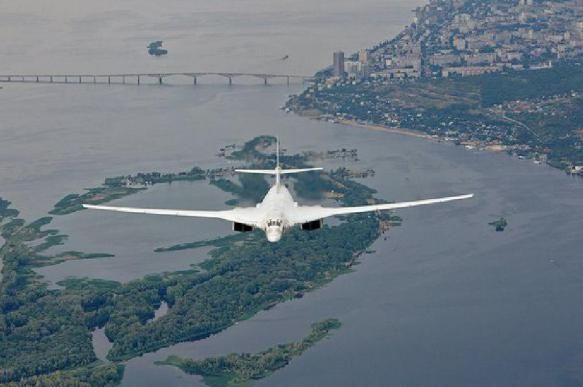 The Russian authorities take measures to ensure the country's security in case Washington does not renew the Strategic Arms Reduction Treaty (START-3).
The treaty is to be terminated in February 2021. Russia intends to increase the aviation component of its Strategic Nuclear Forces (SNF) and take these weapons closer to the borders of a potential enemy.
According to a source in the Russian defence industry, this goal is to be achieved through the construction of new Tu-160M aircraft, as well as through deep modernisation of Tu-95MS and Tu-22M3M strategic bombers. Supposedly, the Tu-95MS aircraft will be equipped with the modernised NK-12MPM power plant, which will extend airborne time without the need for midair refuelling and double the number of units of onboard weapons.
Tu-22M3M missile carriers will also be changed. The modified versions of the Tupolev Tu-22M3M aircraft will be able to increase their flight range from 6 to 12-15 thousand kilometres (taking into account midair refuelling). This task is relevant today - the Russian Federation has 16 strategic Tu-160 missile carriers of various modifications. Ten Tu-160M worth 15 billion rubles each are to be supplied to the Russian Air Force according to the contract signed in January 2018. Currently, two aircraft of this series get ready for trials.
This, of course, is not enough given the changing geopolitical situation near the Russian borders. Therefore, more than 60 Tu-95MS aircraft of Russian Aerospace Forces are going to be modernised as well. At the same time, the Russian Air Force will receive Tu-22M3M missile carriers in the same quantity.
It is worth noting that this type of aircraft requires refuelling in the air with the help of Ilyushin Il-78 air tankers, but Russia has just a few of these air tankers left. In Soviet times, air tankers for long-range aviation used to be produced at the Tashkent Aircraft Plant (the republic of Uzbekistan). Nowadays, Russia may launch the production of such aircraft in the city of Ulyanovsk.
It also goes about the enhancement of airbases on the example of US and NATO military infrastructure. It is possible that the question of the approximation of Russian military objects that may open a missile and nuclear attack in response to the actions of a potential enemy will be included in the Military Doctrine.
According to the Ministry of Defence of the Russian Federation, a tactical flight exercise was carried out in August of 2019 with the participation of ten Tu-160, Tu-95MS, as well as Il-78 tankers.
According to the plans, the Tu-22M3M aircraft will be based in the Crimea, near Dzhankoy, as well as in Belarus and Armenia. Negotiations are underway on the use of airfields in Cuba, Venezuela and Algeria. South Africa, Syria and Egypt are likely to join the list, but this is a matter of distant future.