US resumes Taliban talks in Doha

The US has resumed talks with the Taliban in Qatar, a US source said, in a renewed bid to end the long war in Afghanistan. It comes months after the US president abruptly halted diplomatic engagement with the insurgents. 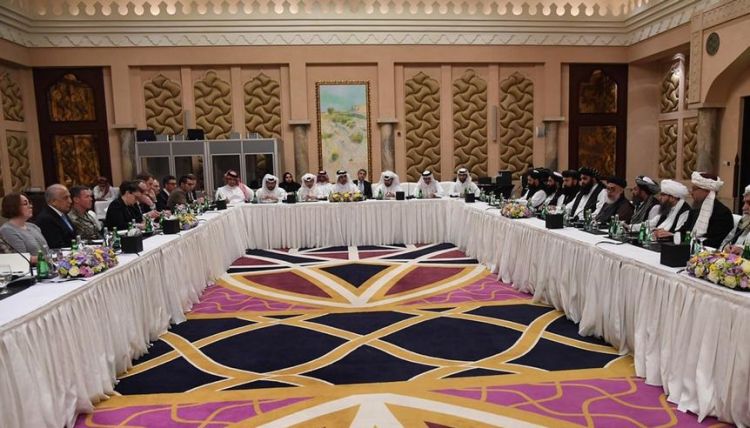 US talks with the Taliban have resumed in the Qatari capital, a US source said on Saturday, according to reports, Eurasia Diary reports citing Deutsch Welle

"The US rejoined talks today in Doha. The focus of discussion will be reduction of violence that leads to intra-Afghan negotiations and a ceasefire," a US source told the AFP news agency on Saturday.

TOLOnews in Afghanistan reported the same statement, citing a US source.

The statement comes after the US special envoy for Afghanistan, Zalmai Khalilzad, made a two-day visit to Kabul to launch an "accelerated effort" to get Afghans on both sides of the conflict to the negotiating table to plot a road map to a post-war Afghanistan.

On December 4, the US State Department said Khalilzad "will rejoin the talks with the Taliban in Doha to discuss steps that could lead to intra-Afghan negotiations and a peaceful settlement to the ongoing conflict in the country."