'Only unity will make our continents strong in a changing world' - Von der Leyen's in Africa | Eurasia Diary - ednews.net

The European Commission president has said closer cooperation with Africa is a primary goal of EU foreign policy. Major issues like security and migration require common answers from leaders on both continents. 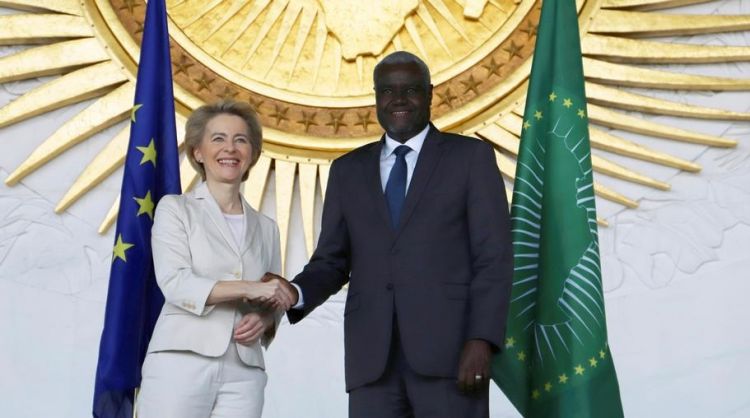 For her first trip outside Europe as head of the European Commission, Ursula von der Leyen arrived in the Ethiopian capital, Addis Ababa, on Saturday to "send a strong political message" underlining the EU's commitment to Africa, Eurasia Diary reports citing Deutsche Welle.

"For my first visit, I have chosen the continent hosting the world's fastest growing economies; a continent with immense ambition and aspirations, but also with immense needs," von der Leyen said in a speech alongside Africa Union (AU) commission chair Moussa Faki.

The former German defense minister said she was not going to present "some grand plan for Africa," but was in Ethiopia, the seat of the AU, "to listen" to the trends and developments shaping the continent, as well as its political and economic priorities.

"Only unity will make our continents strong in a changing world. The African Union is a partner I count on," von der Leyen said.

Strategic cooperation with Africa and managing migration is key a foreign policy goal during von der Leyen's tenure as Commission president, which began on December 1.

She described the continent as Europe's "close neighbor and most natural partner." The EU is Africa's largest trading partner and biggest source of foreign investment and development aid.