China, Russia and Iran all support peace and stability - Commentator 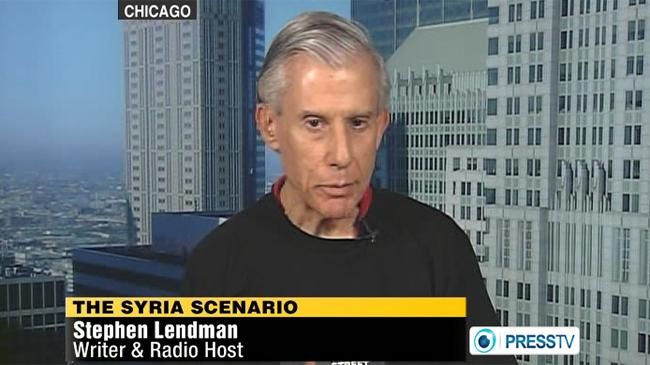 China, Russia and Iran all “are non-belligerent. They threaten no one. They support peace and stability,” according to an American author and political commentator in Chicago, Eurasia Diary reports citing Press TV.

Stephen Lendman made the remarks in an interview with Press TV on Sunday while commenting on a statement by US Secretary of Defense Mark Esper who has said he plans to shift the US military's focus away from the Middle East and toward countering "revisionist powers" of Russia and China.

During his speech, the Pentagon chief said he was sticking to the national defense priorities set by his predecessor, Jim Mattis, and accused Moscow and Beijing of seeking "veto power" over the economic and security decisions of smaller countries.

Esper acknowledged that it would be difficult to move resources out of the Middle East to increase the focus on China and Russia.

"My ambition is and remains to look at how do we pull resources — resources being troops and equipment and you name it — from some regions and either return them to the United States or shift them to the Asia-Pacific region,” he said.

‘Esper serving the US war agenda’

Lendman said, “The US War Secretary – I never call these people defense secretaries because we all know what they do, they engage in war. The Pentagon has nothing to do with defense. It has everything to do with offence. So Mike Esper, the latest US war secretary, who is also a Raytheon Co. executive, a weapons maker. So he is doing a double duty. He is promoting his company and serving the US war agenda.”

“Well, let me correct him, Mr. Esper or Mr. Secretary whatever you want to call him. The US focuses its attention of entire planet and space, subsurface – anything that goes online, cybersecurity, call them which you will in the US. That’s what the Pentagon does. So the idea that of Esper saying that the US is shifting its focus, well, the main focus is always on – probably China number one, because it’s a growing economic power and will pass the US in the years ahead. It’s also very strong militarily. Russia is number two,” he added.

“Russia is not economically as strong as the US but it’s growing; even with US sanctions war on Russian economy is growing not robustly but it’s growing.  It’s doing the right things. And in the case of Russia, its superweapons are more advanced than anything in the West. So you can argue that Russia is number one over China because of that,” he stated.

“Both China and Russia under their present governments have never attacked another country. So what threat they possibly have? They have no threat at all. And the third country, of course, it’s Iran. The Islamic Republic in its entire history has never attacked any other country. But much more than that, Iran has not attacked any other countries for a couple of centuries. So these countries are non-belligerent. They threaten no one. They support peace and stability. They want nothing to do with wars. They want mutual cooperation with other nations. They can’t possibly pose threat to anybody and they don’t,” he noted.