There is no alternative to Minsk Agreements - Putin | Eurasia Diary - ednews.net

There is no alternative to Minsk Agreements - Putin 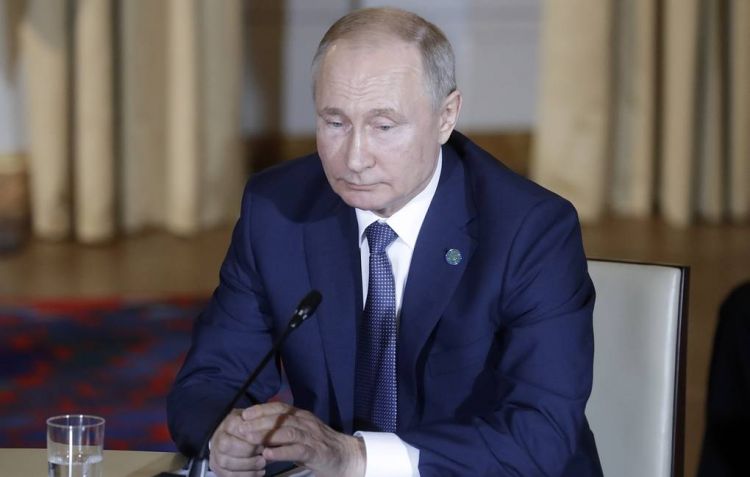 There are different interpretations of the Minsk Agreements but there is no alternative to this package of measures, Russian President Vladimir Putin told a press conference after the Normandy Four summit in Paris, Eurasia Diary reports citing Tass News.

"Any agreement is flexible to a certain extent, and some things written in texts may be interpreted differently by the sides," Putin said. "However, I agree that there is no alternative to the Minsk Agreements, and everything should be done to implement them in full," he added.

Putin noted that "we have discussed several aspects of the Minsk Agreements today." "There are things that are outlined directly, and it is hard to argue here, but there are also things that were born as a compromise during our discussions in Minsk in 2015, so that the sides interpret them differently," Putin noted adding that he agrees to a certain extent with German Chancellor Angela Merkel's statements about the flexibility of certain points of the Minsk Agreements.

"That's why we meet, to reach common understanding, the same standard in legal aspects," Putin stressed.

Russian President Vladimir Putin has noted "a thaw" in the situation with settling the crisis in Ukraine. "Is there a thaw? I think that there is," Putin noted. "First of all, a prisoner exchange took place. This happened. We have managed to achieve the disengagement of forces in three areas. This happened as well. We have met now in the Normandy format and discussed a wide range of issues, and achieved progress on many of those. This has happened as well," Putin said.

"All of these things allows to think that the process is going in the right direction," he added. The Russian president stressed that Russia will do everything possible for all problems and unresolves issues to be figured out in the end.