Over 50,000 Czechs rally against Prime Minister

"Resign! Resign!" chanted tens of thousands of protesters as they packed into the Czech capital. They urged Prime Minister Andrej Babis to step down from his post over accusations he misused millions in EU funds. 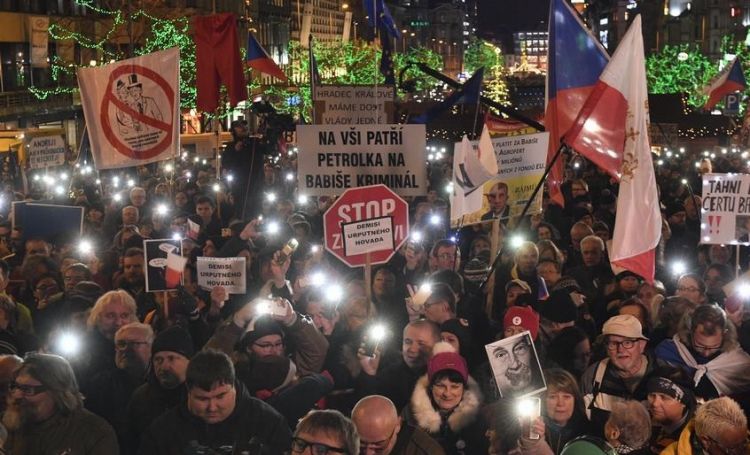 Police said at least 50,000 people took part in the demonstration, while protest group Million Moments for Democracy said between 60,000 and 80,000 people participated.

The protest was sparked by news that prosecutors are reopening a fraud investigation against Babis after it was suspended.

Last week, the country's chief prosecutor overturned a previous decision to drop charges against the prime minister over alleged fraud and misuse of European Union funds.

Protesters urged for Babis, a billionaire businessman, to completely disassociate from his business interests or resign by the end of this year.

They also held a minute of silence to honor the victims who died in a hospital shooting in the Czech city of Ostrava on Tuesday.