The new Russian Su-34 will be able to detect and shoot down invisible targets - VIDEO
Read: 1708 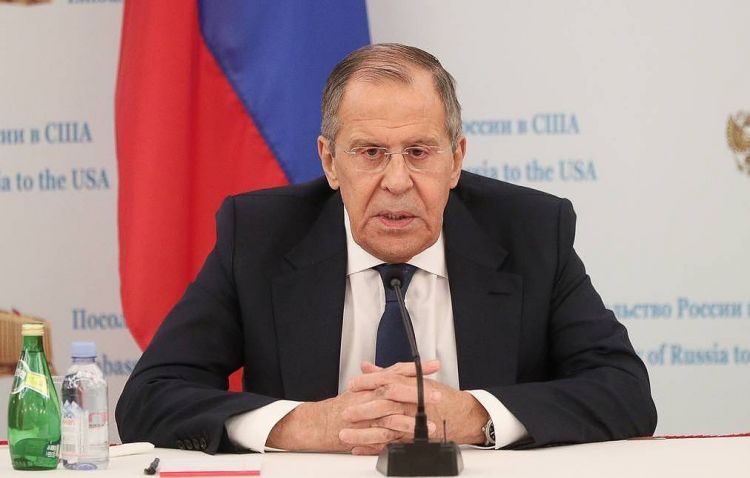 US President Donald Trump realizes the benefits of good relations with Russia, but certain forces in the United States do not share this point of view, Russian Foreign Minister Sergey Lavrov told reporters in the wake of his working visit to Washington, Eurasia Diary reports citing TASS.

"As far as [US] relations with Russia are concerned, we have no reasons to doubt that President Donald Trump sincerely realizes benefits of good Russian-US relations for Americans, for American businesses, for the US in general and for the global situation," Lavrov said, adding that such relations "should contain no element of favoritism to anyone" and "be based on the balance of interests, pragmatism and mutual benefits."

"We are aware that not everyone in the US shares our point of view. [Certain forces] are trying to slow down the normalization of our relations by all means, to impose more and more sanctions [on Russia]," he said.

He said that no secret information was discussed during his both meetings with Trump - on Tuesday and in May 2019.

"As far as our first meeting with President Trump [in the White House on May 10, 2017], none of us revealed any secret or confidential information to each other," Lavrov said, answering to reporters’ questions. "If anyone thinks otherwise, then we would like to know what exactly they are talking about, what kind of information exactly is being mentioned in this story, which has already taken some surreal shape."

"As far as today's meeting is concerned... Well, I have no idea of what you mean by 'secret information,'" he added.

When asked to comment on the fact that his visit coincided with the impeachment process against Trump and anti-Russian sanctions, Lavrov joked that the US political life always revolves around some kind of "sanctions and impeachments."

"I think that no matter what day you choose - your arrival to Washington will always coincide with either sanctions or impeachment," he said.

He also dismissed as "absurd" criticism of the format of his meeting with Trump, which was closed for the media.