There's a 'Great Divide' in our Solar System - We might finally know how It formed
Read: 606 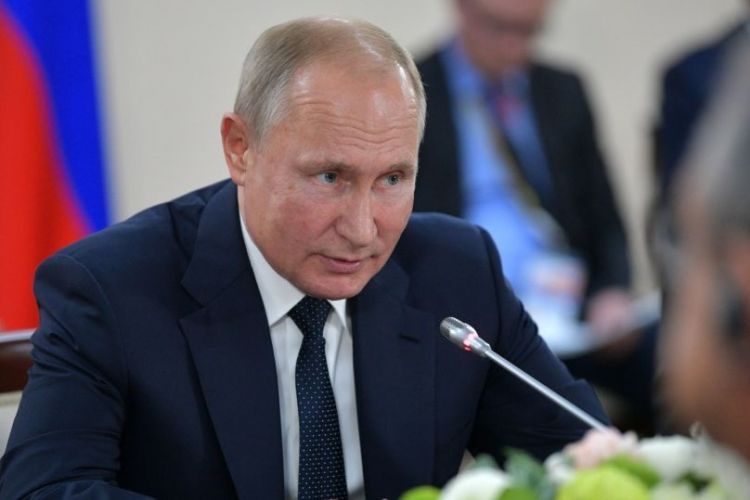 The comment comes on the heels of President Putin's meeting with Ukrainian counterpart Volodymyr Zelensky as part of the Normandy Four summit in Paris. This marked the first meeting between the two heads of state since Zelensky assumed office earlier this year, Eurasia Diary reports citing Sputnik News.

The closure of the border between Russia and the two self-proclaimed republics in the east by the Ukrainian military could repeat the Srebrenica scenario, Russian President Vladimir Putin said on Tuesday speaking at the meeting of Human Rights Council.

"The Ukrainian side keeps insisting - let our military close the border. I can well imagine what would happen next. It will be Srebrenica all over again", Putin said.

Putin's comments refer to a massacre in Srebrenica in Bosnia and Herzegovina that took place in 1995. More than 8,000 Bosniaks were murdered by the Bosnian Serb Army of Republika Srpska. It is considered the biggest mass murder in Europe after the end of the World War II.

The Russian president also expressed his surprise at the absence of an amnesty law in the wake of the Donbass conflict, even though talk about such legislation has been circulating since 2015.

Ukraine has been insisting that control over the Russian border with Donbass should be transferred to Kiev before the elections in the region. However, this contradicts the Minsk agreements that envisage a ceasefire, hostage release, withdrawal of armed forces, and the creation of autonomous regions in the war-torn country.