Russian President Vladimir Putin has branded the EU's stance on the German-Soviet pre-war non-aggression pact a "shameless lie." A recent EU resolution stated that the deal had paved the way for World War II. 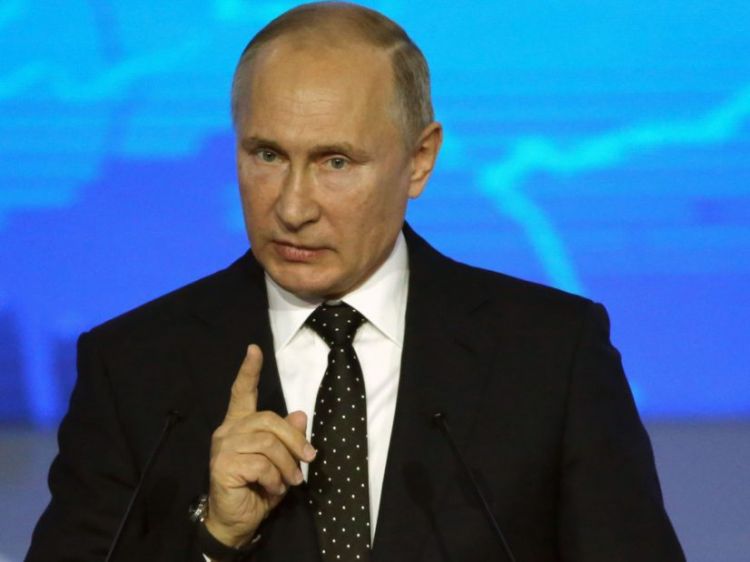 The Russian president on Wednesday dismissed as "unfounded" an EU resolution stating that the 1939 Molotov-Ribbentrop pact had laid the groundwork for World War II, Eurasia Diary reports citing Deutsche Welle.

Speaking to officials organizing the 75th anniversary of the end of the war, Russian President Vladimir Putin said the EU's position "was not based on anything real."

Russia has maintained the post-war position of officials in the Soviet Union, who said the pact was a necessary evil to try and stop the Nazis from invading — or at least delay them.

"They are very nearly blaming the Soviet Union, alongside Nazi Germany, for causing the Second World War," Putin said. "As if they have forgotten who attacked Poland on September 1, 1939, and the Soviet Union on June 22, 1941."

The agreement is rarely discussed in Russia, where the Soviet Union's role in ending the Second World War is a source of enormous patriotic pride.

The pact was a written mutual guarantee of peace, as well as a commitment that neither would ally itself to an enemy party. The countries' two foreign ministers, after whom the pact is named, also agreed to carve up eastern Europe between one another. Pictured above are the architechts of the deal (from left) Friedrich Gaus from Germany, Joachim von Ribbentrop, German Foreign Minister, Joseph Stalin, Soviet head of state and his Foreign Minister Vyacheslav Molotov