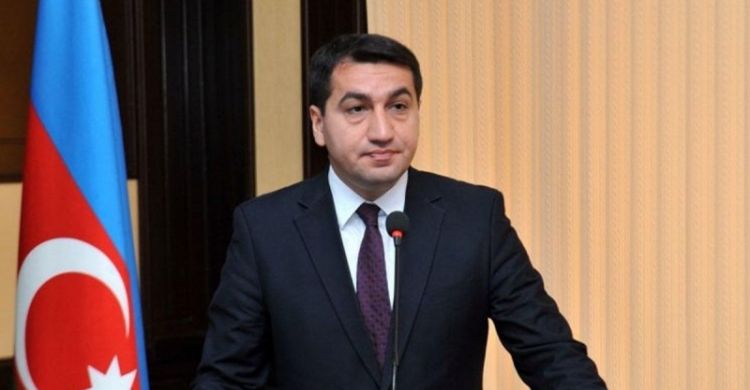 Despite continuation of the negotiation process to resolve the Nagorno-Karabakh conflict through the mediation of the OSCE Minsk Group co-chairs, Yerevan continues to pursue a destructive policy, the assistant of the Azerbaijani president, head of Foreign Policy Department of the Presidential Administration Hikmat Hajiyev said, Eurasia Diary reports citing Vestnik Kavkaza.

He explained that Armenia in one form or another poses obstacles to the negotiation process. "First of all, the conflicting statements voiced by the Armenian side seriously damage the negotiations," the assistant of the Azerbaijani president noted.

"Very serious propaganda is carried out at the state level in Armenia and the causes of the Armenia-Azerbaijan Nagorno-Karabakh conflict are seriously distorted. In such situation, it was necessary for journalists to inform the Armenian public about Azerbaijan's position on the conflict. Based on this, mutual visits of journalists were organized at the initiative of the OSCE Minsk Group co-chairs," he said.

"This was one of the first initiatives undertaken. Information on initiatives related to the mutual visits of Armenian and Azerbaijani NGOs is not available yet," the assistant of the president noted.