"We place a high priority on expansion of cooperation with the U.S - Kazakh FM | Eurasia Diary - ednews.net

"We place a high priority on expansion of cooperation with the U.S - Kazakh FM 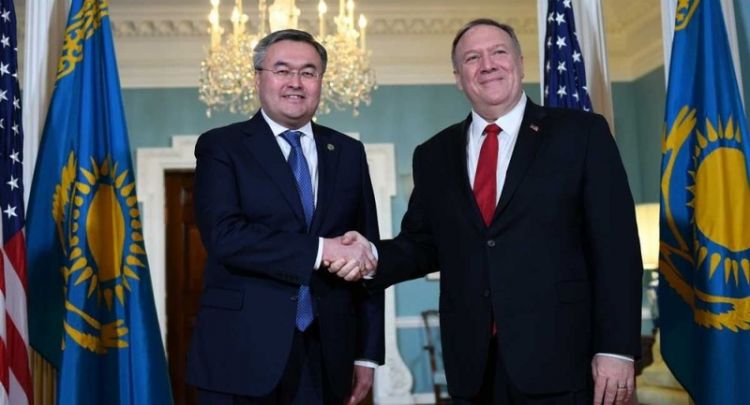 The sides discussed development of cooperation in a wide range of issues between the U.S. and Kazakhstan, the MFA reported.

A photo from the meeting of the Minister and Secretary was posted on Telegram of the MFA of Kazakhstan.

"We place a high priority on expansion of cooperation with the U.S., which is being developed based on trust and mutual understanding. Thanks to this, Kazakhstan and the U.S. achieved the level of expanded strategic partnership, which was perpetuated as a result of the official visit of the First President of Kazakhstan Nursultan Nazarbayev to Washington in January 2018," Tleuberdi noted.

Mike Pompeo, in turn, noted that Kazakhstan's commitment to further development of ties with the U.S. was stressed during the visit of President Kassym-Jomart Tokayev to New York in September 2018.