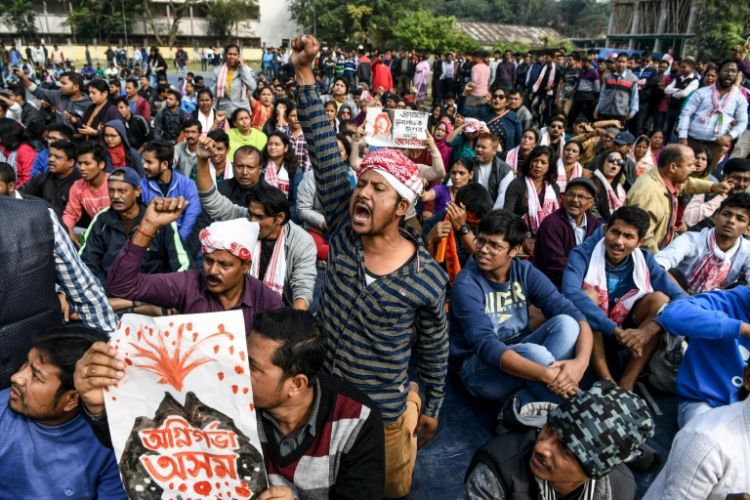 India and Japan's leaders cancelled Friday a planned summit due to deadly protests in the northeast triggered by anger over a new law that will potentially grant citizenship to huge numbers of immigrants, Eurasia Diary reports citing AFP.

Thousands of protestors staged fresh demonstrations meanwhile following several days of running battles with riot police that have left the streets of the region littered with burnt-out vehicles, rocks and other debris.

Other smaller demonstrations took place elsewhere including in the capital New Delhi, in Prime Minister Narendra Modi's home state of Gujarat, in Maharashtra in central India, in Kerala and Karnataka in the south and northern Punjab.

Modi and his Japanese counterpart Shinzo Abe had reportedly been due to meet in Guwahati, the main city in the state of Assam and the epicentre of the protests, from Sunday.

Without saying why, India said that both sides had "decided to defer the visit", while Tokyo said the move followed "a report from the Indian side about the situation there."

Many people in India's far-flung northeast, long a seething melting pot of different ethnic groups and religions, fear that the new legislation will grant citizenship to large numbers of Bangladeshi immigrants.

Days of protest have seen police -- backed up by thousands of military personnel -- fire tear gas and baton charge protestors, some of whom hurled stones, torched vehicles, and vandalised property.

On Thursday two people were killed and around 20 were being treated in hospital after police fired live and blank rounds, medical staff said.

The UN human rights office on Friday called on India "to respect the right to peaceful assembly, and to abide by international norms and standards on the use of force when responding to protests."

The internet has been cut in parts of Guwahati -- activists say India is already the world's leading country when it comes to snapping online access -- and many areas have been put under curfew.

As the protest continued, roads were blocked by fallen trees, concrete poles, stones and iron railings. Many cash machines have run out of money and most petrol stations were also shut. And on Thursday night hundreds were stuck at Guwahati airport.

The Meghalaya state government has also cut off mobile internet, with parts of the capital Shillong under curfew since Thursday evening.