daily news
Connivance towards Armenian attacks on Azerbaijani lands - real example of hypocrisy in world - Erdogan
The world needs cooperation - Russian Foreign Minister
NATO to host 5th round of Turkish, Greek talks on Tuesday
Armenia should stop playing with fire - Turkey
We call on the UN and international community to urge Armenia to refrain from another military aggression - Azerbaijan President
UN sends 46 aid trucks to Syria's Idlib
Is there any point in replacing the OSCE Minsk Group with another diplomatic mechanism? - The explanation by Azerbaijani expert
Turkish forces 'neutralize' 2 PKK terrorists in N. Iraq
﻿

Is there any point in replacing the OSCE Minsk Group with another diplomatic mechanism? - The explanation by Azerbaijani expert
Read: 383 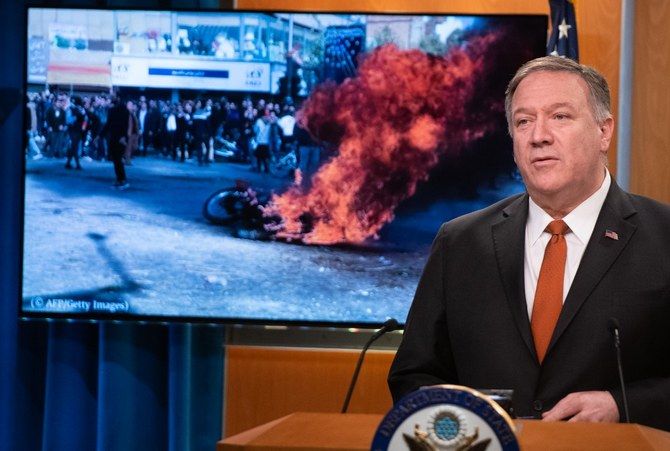 Secretary of State Mike Pompeo on Friday warned Iran of a “decisive” response if US interests are harmed in Iraq, after a series of rocket attacks on bases, Eurasia Diary reports citing Arab News.

“We must use this opportunity to remind Iran’s leaders that any attacks by them, or their proxies of any identity, that harm Americans, our allies or our interests will be answered with a decisive US response,” Pompeo said in a statement.

“Iran must respect the sovereignty of its neighbors and immediately cease its provision of lethal aid and support to third parties in Iraq and throughout the region,” he said.

The United States has expressed mounting concern about the flurry of attacks on Iraqi bases used by US troops, several of which it has blamed on Iranian-backed Shiite paramilitary groups.

Two rocket attacks this week targeted a compound near Baghdad International Airport, which houses US troops, with an incident Monday wounding Iraqi troops.

“We hope and pray these brave Iraqis will quickly and fully recover from their injuries,” Pompeo said.

Pompeo, who has repeatedly warned Tehran, pinned the blame for the latest attacks squarely on “Iran’s proxies.”

Iran has gained overwhelming influence in Iraq, its neighbor with which it shares a Shiite majority, since the 2003 US invasion brought down Saddam Hussein.

President Donald Trump’s administration, which is close to Iran’s adversaries Saudi Arabia and Israel, has been trying to counter Tehran’s influence around the region, including through sanctions aimed at blocking all its oil exports.

The United States last week imposed sanctions on three leaders of the Shiite paramilitary force Hashed Al-Shaabi, accusing them of taking part in the deadly crackdown on nationwide protests.

Iraqi prime minister Adel Abdel Mahdi, a close ally of Iran who also enjoyed cordial relations with the United States, resigned after the two months of demonstrations in which around 460 people have died.