US will spend the year-end in peace - N. Korea ready both dialogue and confrontation | Eurasia Diary - ednews.net

The new Russian Su-34 will be able to detect and shoot down invisible targets - VIDEO
Read: 1700

US will spend the year-end in peace - N. Korea ready both dialogue and confrontation 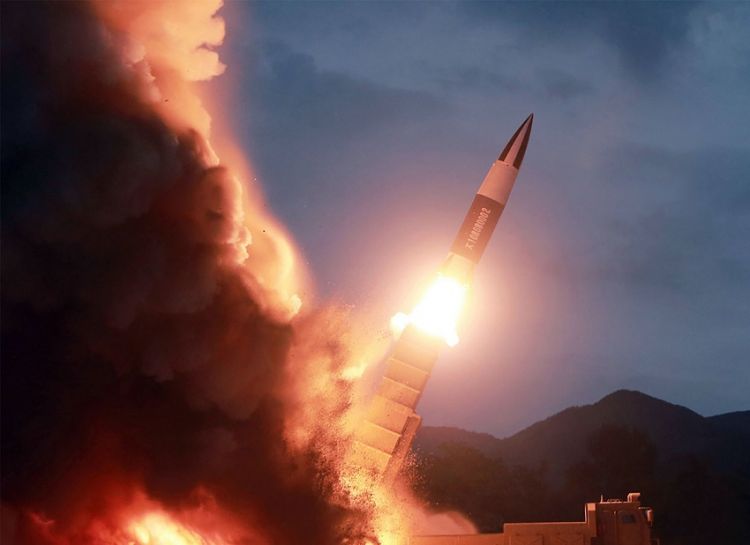 The test — the second at the facility in a week, according to North Korea’s Academy of Defense Science — possibly involved technologies to improve intercontinental ballistic missiles that could potentially reach the continental United States.

Pak Jong Chon, chief of the Korean People’s Army’s general staff, asserted on Saturday that North Korea has built up “tremendous power” and that the findings from the recent tests would be used to develop new weapons to allow the country to “definitely and reliably” counter U.S. nuclear threats.

“Genuine peace can be safeguarded and our development and future be guaranteed only when the balance of power is completely ensured. We have stored up a tremendous power,” Pak said in a statement carried by the North’s official Korean Central News Agency.

“We should be ready to cope with political and military provocations of the hostile forces and be familiar with both dialogue and confrontation,” Pak said. “Our army is fully ready to thoroughly carry out any decision of the supreme leader with action. ... U.S. and other hostile forces will spend the year-end in peace only when they hold off any words and deeds rattling us.”

Kim Dong-yub, a former South Korean military officer and currently an analyst from Seoul’s Institute for Far Eastern Studies, said the North mentioning its nuclear deterrent makes it clear it tested a new engine for an ICBM, not a satellite-launch vehicle. Kim said it was notable that North Korea announced the specific length of the test, which he said possibly signals a more advanced design for a liquid-fuel multistage ICBM that can carry larger payloads with more stability.

North Korea’s current ICBMs, including the Hwasong-15, are built with first stages that are powered by a pair of engines that experts say are modeled after Russian designs. When the North first tested the engine in 2016, it said the test lasted for 200 seconds and demonstrated a thrust of 80 tons-force.

Experts say that the North would need further tests to establish the missile’s performance and reliability, such as improving its accuracy and ensuring that the warheads survive the harsh conditions of atmospheric reentry.