'Iran ready for prisoner swap with US, ball is in the US’ court' - Iran's FM spox | Eurasia Diary - ednews.net

PKK is preparing for being present in Karabakh conflict
Read: 248

'Iran ready for prisoner swap with US, ball is in the US’ court' - Iran's FM spox 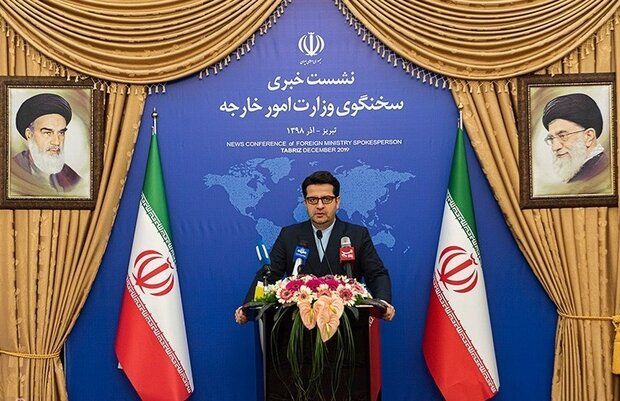 Addressing a press conference in Iran’s northwestern city of Tabriz on Saturday, Seyyed Abbas Mousavi said the proposal for a prisoner swap with the US had been put forward by the Iranian foreign minister after the recent release of Iranian scientist Masoud Soleimani.

Iran is prepared to exchange prisoners with the US under a package of measures, he added.

Foreign Minister Mohammad Javad Zarif, in a post on his Twitter on December 7, said, “After getting our hostage back this week, fully ready for a comprehensive prisoner exchange. The ball is in the US’ court.”

Mousavi also referred to the cruel sanctions by the US which have affected the Islamic Republic’s health sector, saying that the US government offers fake sympathy for the Iranian nation because Washington has imposed harsh sanctions against Iranians and practically prevented the delivery of food and medicine into Iran.

Even the Central Bank of Iran has been blacklisted by the US, Mousavi deplored, adding that such sanctions amount to economic terrorism and crimes against humanity because they have prevented Iran from paying for the import of medicine and foodstuff.