Putin, Merkel to discuss situation in the Middle East 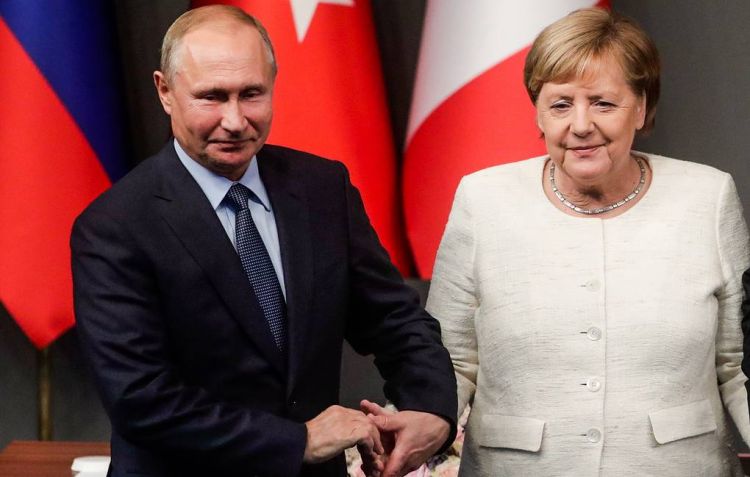 German Chancellor Angela Merkel will arrive in Moscow on working visit at the invitation of Russian head of State.

According to Tass News,  during meeting, Angela Merkel  and Vladimir Putin will hold talks on various global issues, including the situation in Syria, Libya and Ukraine, the rise of the tension between the US and Iran in the Middle East. They will also touch bilateral relations between Russia and Germany.

Ukraine will be one of the important topics in talks. Leaders of both countries will reiterate the importance for the implementation of 2015 Package of Agreement and agreements reached at Normandy Four Summit to be held in Paris on 9 December, 2019 that play more significant role in the solution of intra-Ukrainian conflict.

German Federal Government Spokesman Steffen Seibert said that Russia is an important player on the global stage and, as a permanent member of the UN Security Council, it is vital for resolving political conflicts.