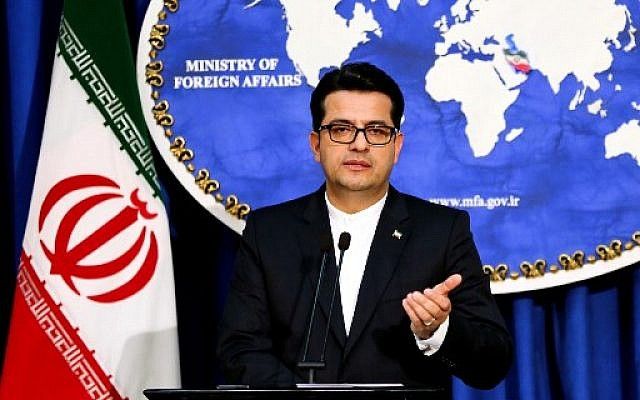 Iran has condemned the Trump administration for imposing a fresh batch of sanctions on the country’s metal sector and some senior government officials, Eurasia Diary reports citing Mehr News.

Foreign Ministry Spokesman Abbas Mousavi lambasted Washington for the new sanctions, saying, “Unfortunately, the Americans have adopted unilateral, illegal and fruitless behaviors and are stressing to repeat them.”

“Such efforts will be to no avail,” Mousavi said, adding, “The American regime will finally be forced to accept its failure.”

He said the new sanctions are a clear violation of UN Resolution 2231 and have targeted the industries that are directly related to the normal life of millions of Iranians.

The Trump administration imposed new sanctions on Iran on Friday, including penalties on the Islamic Republic’s metals and some senior government officials.

Following Tehran’s retaliation for the assassination of Iranian Lieutenant General Qasem Soleimani, US Secretary of State Mike Pompeo and Treasury Secretary Steven Mnuchin announced the new measures at a press conference at the White House on Friday.

The sanctions were initially promised by Trump on Wednesday after Iran launched more than a dozen missiles on two airbases in Iraq housing US troops.

Washington also imposed bans on eight senior Iranian officials, saying they were involved in the missile strike on the bases housing American troops.