Iran agrees de-escalation ‘only solution’ to solve crisis with US | Eurasia Diary - ednews.net

The Su-57 fighter jet is not even ready to fly - Russian specialists say
Read: 863

Iran agrees de-escalation ‘only solution’ to solve crisis with US 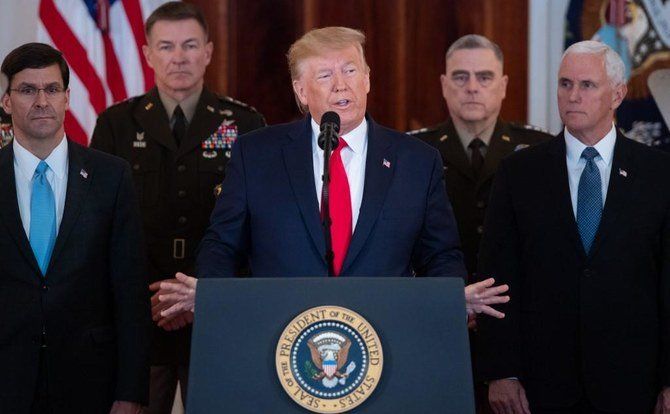 Iran signaled that the de-escalation in the region with the United States could work in the favor of Iran after few days passed from which both sides launched missiles and Tehran accidentally show down Ukrainian passenger aircraft.

According to Arab News, passengers killed in air disaster caused angry protest in Tehran, also British ambassador was temporarily arrested by policy for being there.

US President Donald Trump warned Tehran not use violence against demonstrators and get away from reiterating bloody crackdown of rallies happened in November sparked by rising fuel prices.

“To the leaders of Iran — DO NOT KILL YOUR PROTESTERS,” Trump tweeted Sunday in his occasional all-capitals style.

US Defense Secretary Mark Esper informed that Trump is still willing to “sit down and discuss without precondition a new way forward” with Iran, although Tehran steadfastly rejects negations with Washington unless it lift sanction first.

Tehran said that Iran is in favor of easing tensions after Washington assassinated his top general Qasem Soilemani in Baghdad in drone attack.