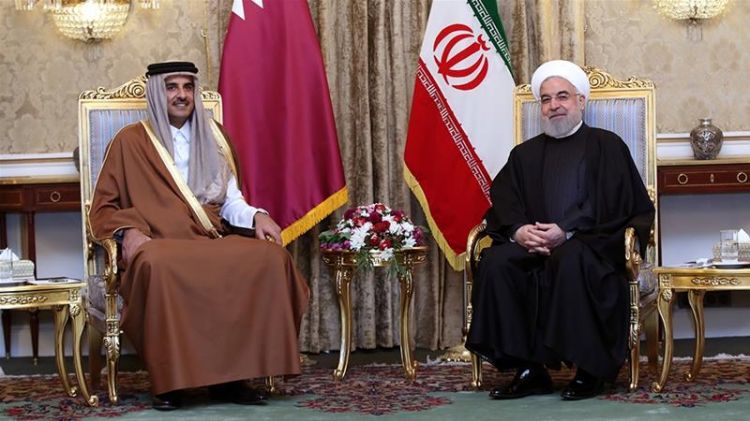 According to CGTN, leaders of both countries considered that the cooperation and dialogue is only way to ensure stability and the security in the Middle East.

"This visit comes at a critical time in the region, and we agreed with the brothers and with His Excellency the president that the only solution to these crises is de-escalation from everyone and dialogue," Qatar Emir Al Thani told a news conference.

"Dialogue is the only solution" to resolve the crisis, he added.

At the news conference, Iran President Hassan Rouhani touched the importance of stability in the region.

"Considering the importance of regional security - especially in the waterways in the Persian Gulf, the Strait of Hormuz and the Sea of Oman - we decided to have more talks and cooperation for the security of the whole region," said the Iranian president.

Emir Al-Thani expressed gratitude to Iran for supporting Doha with providing air and land router after Saudi Arabia and its allies pushed Qatar in blockade.

While Qatar is strong ally of the US and hosts Washington’s largest military base in his territory, it maintains strong relations with Iran, which it shares world’s largest oil gas field.