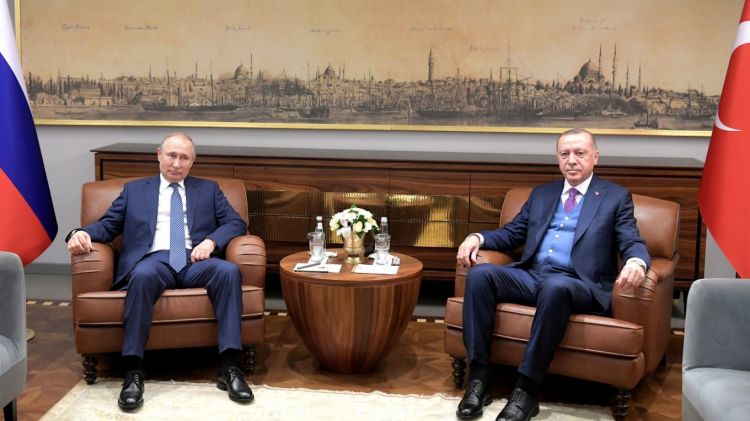 Russia and Turkey are expected to secure a ceasefire deal between Libya’s warring factions in Moscow on Monday as the two governments seek a key role in mapping out the country’s political future, Eurasia Diary reports citing Ahval News.

The foreign and defence ministers of Russia and Turkey are sitting down with Libyan Prime Minister Fayez al-Sarraj, who heads the United Nations-recognised Government of National Accord (GNA), and his rival General Khalifa Haftar. It was not clear if the two leaders would meet face to face.

The negotiations are being held the day after a ceasefire announced by President Vladimir Putin and President Recep Tayyip Erdogan in Istanbul on Jan. 8 came into force. The warring sides have already accused each other of violations.

Russia and Turkey are seeking a solution to the Libyan conflict, which has raged since April, when the GNA came under attack from Haftar’s forces based in the east of the country. Russia backs Haftar, along with countries including Egypt and the United Arab Emirates, while Turkey has upped its support for Sarraj’s administration with military aid in the past month, prompting an upsurge in political tensions in the Mediterranean.

Al Jazeera reported that the talks were expected to be prolonged and that delegates from Egypt and the UAE might attend the signing ceremony for the agreement.

In a statement on Al Ahrar TV, Khaled al-Mechri, who heads the High Council of State in Libya, an advisory body formed under the U.N.-supported Libyan Political Agreement of Dec. 17 2015, said a deal would lead to the revival of the political process in the country. Al-Mechri said he would accompany al-Sarraj to Moscow, with Aguila Salah, speaker of a rival parliament in Libya’s east, travelling with Haftar.

In a televised address on Monday, al-Sarraj called on Libyans to "turn the page on the past".

The European Union is planning a peace conference for Libya in Berlin this month. The initiative was announced by German Foreign Minister Heiko Maas on a visit to Libya in October, when he called for an end to all foreign interference in the country. Three preparatory meetings for the summit have already taken place.

German Chancellor Angela Merkel met Putin on Saturday, when both leaders called on Haftar and the GNA to end all hostilities. The Berlin peace talks would be led by the United Nations, Merkel said.

Senior U.S. officials also met separately with Libyan Interior Minister Fathi Bashagha and Haftar in Rome on Jan. 9, during which they stressed the critical importance of securing a durable political solution to the crisis that would de-escalate military activity.

"The United States welcomes all genuine efforts to end this violence and achieve a peaceful, secure, and prosperous Libya," according to a U.S. statement on Saturday.

Libya has sunk into turmoil since President Muammar Gaddafi was toppled in a NATO-led uprising in 2011.