Armenia-Azerbaijan conflict must be resolved on the basis of the territorial integrity of Azerbaijan - President Ilham Aliyev
Read: 278

In 2018, Russia and Japan were closest to signing peace treaty
Read: 239 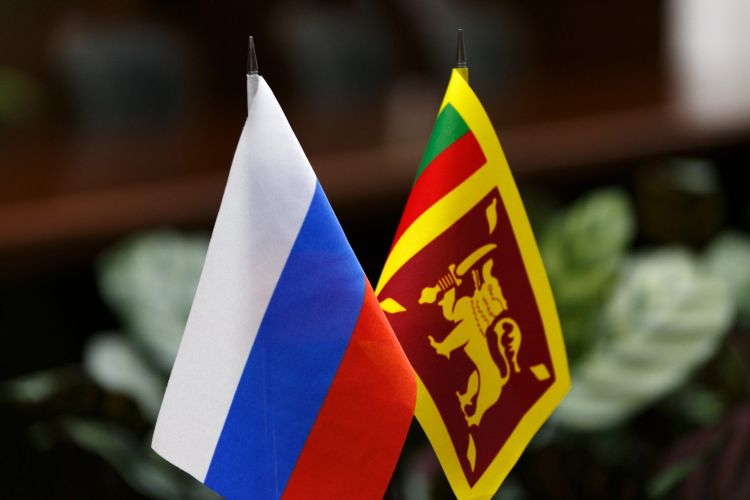 Russia welcomes Sri Lanka’s plans to develop into a major trade and financial center in Asia as it would be beneficial for both that country and the entire region, Russian Foreign Minister Sergey Lavrov said in an interview with Sri Lanka’s The Daily News newspaper. Eurasia Diary reports citing Tass News.

"It is known that Sri Lanka is located at the crossing of transit routes through the Indian Ocean," he noted. "In this context, its significance can hardly be overemphasized. We welcome the plans of the new leadership of the state headed by President Gotabaya Rajapaksa to transform the island into a major commercial and financial center of Asia with focus on developing transport infrastructure, modernizing the agricultural sector and attracting high-tech investments."

"We believe that the execution of these plans would benefit both Sri Lanka and its foreign partners in the region and beyond," he stressed.

Relations between Russia and Sri Lanka have always been intrinsically valuable and have never depended on international developments, Lavrov said.

"The relations between our states have always been intrinsically valuable and independent from international developments. They have always been and continue to be based on the principles of equality, trust, mutual respect and consideration of one another's interests," he said.

According to the Russian top diplomat, nuances of this or that period in history "are of marginal significance, since they do not affect the inviolability of the bonds of friendship uniting our peoples."

"The only thing to have undergone major changes over the past 25-30 years is probably the model of our trade and economic cooperation: the leading role has shifted from the public sector to the private sector, primarily due to the market transformations in the national economy," he noted.

Russia wants to offer its aircraft industry products and other goods to Sri Lanka, Lavrov said.

"Russia is willing to offer Sri Lanka the products of its domestic industries, particularly the air-craft industry. Collaboration in the energy sector, as well as cooperation in agriculture and in the introduction of advanced information and communication technologies look quite promising. Tourism remains another important area of joint action, since Sri Lanka has become a popular tourist destination among Russians," he said.

"I expect these and other issues related to practical interaction to be substantively discussed during my visit to your country," Lavrov added.

In the foreign minister’s words, the Sri Lankan-Russian trade turnover has been floating around $400 million, which "clearly does not reflect the existing potential."

Sri Lankan President Maithripala Sirisena and Russian President Vladimir Putin set a target of increasing the turnover to $700 million during their talks in Moscow in 2017, Lavrov said.

"In this respect, the Sri Lankan-Russian Inter-Governmental Commission on trade, economic, scientific and technical cooperation is instrumental. It is its prerogative to elaborate concrete measures," he went on.

"However, it can already be said that one of such measures could be diversifying the Sri Lankan export. It is dominated by just two items, tea and textile, accounting for about 90% of the country's trade," Russia’s top diplomat added.