Russia must remain presidential republic, people will support this
Read: 592

Turkey seeks peace in Libya, Syria as soon as possible 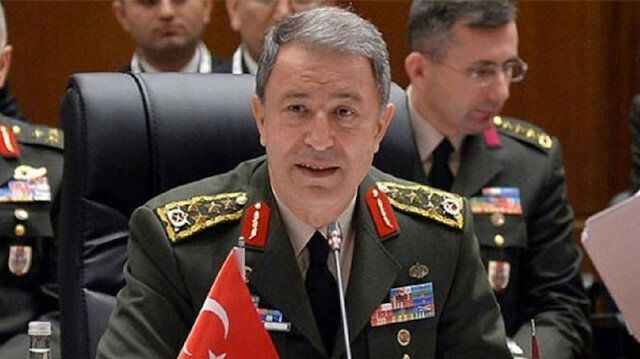 "Our hope is that peace comes and bloodshed stops in Idlib and Libya as soon as possible," Hulusi Akar told lawmakers at the Turkish parliament.

Akar stressed that Turkey supported cease-fires in the two region agreed upon last week between Ankara and Moscow, adding that they mostly held.

On Jan. 12, the warring sides of the Libyan conflict announced a cease-fire in response to the call of Erdogan and Russian President Vladimir Putin.

Since the ouster of late ruler Muammar Gaddafi in 2011, two seats of power have emerged in Libya: one in eastern Libya supported mainly by Egypt and the United Arab Emirates and the other in Tripoli, which enjoys the UN and international recognition.

Turkey and Russia agreed in September 2018 to turn Idlib into a de-escalation zone where acts of aggression are expressly prohibited.

The Syrian regime and its allies, however, have consistently broken the terms of the cease-fire, launching frequent attacks inside the zone, killing at least 1,300 civilians since the agreement.

The de-escalation zone is currently home to some four million civilians, including hundreds of thousands displaced in recent years by regime forces from throughout the war-weary country.

Syria has been locked in a vicious civil war since early 2011, when the regime cracked down on pro-democracy protests with unexpected ferocity.

Since then, hundreds of thousands of people have been killed and more than 10 million others displaced, according to UN officials.