Sanders and Warren clashed over sexism in politics 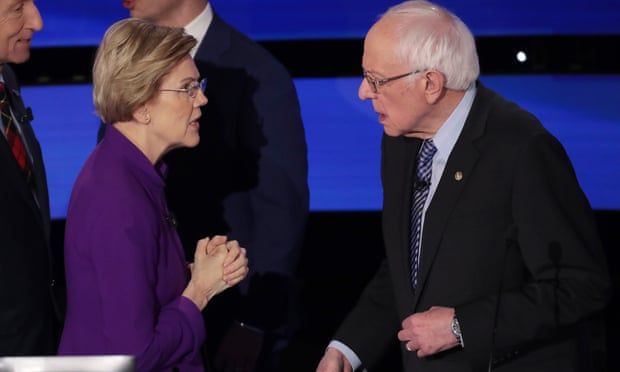 On January 14, Democratic candidates for the presidential elections met in a debate.

A lot of interesting moments happened in the debate of six candidates. One fo them the clash between Sens. Bernie Sanders and Elizabeth Warren over sexism in politics, Los Angeles Times reports.

Bernie Sanders said Warren in a private meeting in 2018 that a woman could not be elected as a president according to CNN report.

"And let me be very clear. If any of the women on this stage or any of the men on the stage, win the nomination — I hope that’s not the case, I hope it’s me — but if they do, I will do everything in my power to make sure that they are elected in order to defeat the most dangerous president in the history of our country,” Sanders said.

“Bernie is my friend and I am not here to try to fight with Bernie,” Warren said, before pivoting to a broader question of a woman’s electability and delivering the lines that got the biggest reaction of the night.

“I think the best way to talk about who can win is by looking at people’s winning record. So can a woman beat Donald Trump?” she said. “Look at the men on this stage: Collectively, they have lost 10 elections. The only people on this stage who have won every single election that they’ve been in are the women: Amy and me.”

After the debate ended, Warren appeared to reject a handshake from Sanders, The Guardian reports.