Russia and Turkey set perfect example in Libya, other countries should join the initiative - Turkish Officials 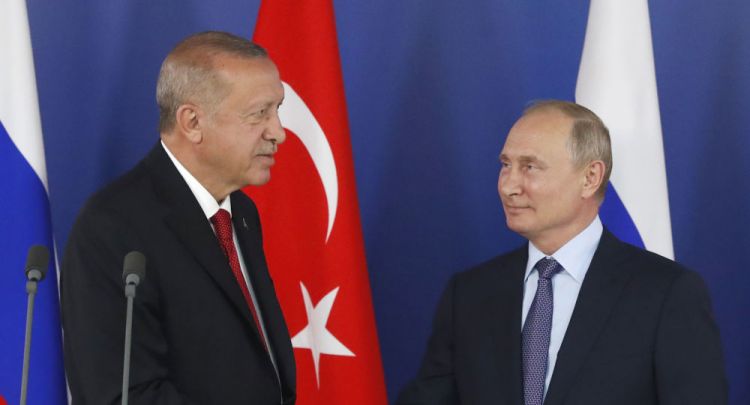 A joint international effort is needed to achieve lasting peace in Libya, say Turkish observers, commenting on the latest round of the Libyan talks in Moscow arranged by Turkey and Russia.

On Monday, representatives of the UN-backed Government of National Accord (GNA) and the Libyan National Army (LNA) met in Moscow to sign a ceasefire deal brokered by Turkey and Russia.

Though LNA leader Field Marshal Khalifa Haftar left Moscow without inking the accords, requesting extra time to study the document, the delegation of the Presidential Council of the GNA and the High Council of State put their signature to the ceasefire agreement.

On 12 January, Libyan forces loyal to Haftar announced a truce in the country's western region, including the capital Tripoli, starting 10:01 p.m. (GMT), with their adversaries supporting the initiative. The move came amid the LNA's longstanding offensive on Tripoli, which was launched in April 2019.

Russo-Turkish cooperation in Libya is "of paramount importance to ensure stability and peace in the region", opines Ahmet Berat Conkar, an AKP lawmaker and deputy head of the Turkish delegation to the NATO Parliamentary Assembly.

We had the opportunity to observe the important positive results that the joint actions of Turkey and Russia within the framework of the Syrian settlement process," Conkar says. "Similarly, Turkey and Russia brought to the table an issue of the ceasefire establishment in Libya. First of all, it is a great success in terms of preventing bloodshed and humanitarian disaster."

The Turkish lawmaker emphasises that while many international players refuse to take the initiative to resolve the global issue, Moscow and Ankara have demonstrated a "decisive and effective stance".

"In this context, the efforts of Turkey and Russia should receive support from all countries, including the EU and the US," Conkar insists.

According to the politician, the Turkish-Russian initiative to resolve the Libyan crisis should become a model for resolving other regional conflicts.

Turkey and Russia set a perfect example," he highlights. "We, parliamentarians, advocate the need to create an atmosphere of cooperation, peace and stability in the region. In particular, we want the end suffering of the population in the Middle East and North Africa. We are disappointed that the West has not yet corrected its erroneous attitude to this issue, but the efforts undertaken by Turkey and Russia inspire hope."

Western & Arab Countries Should Step in to Resolve Libya Crisis

For her part, Huriye Yildirim Cinar, an expert on African affairs at the Caucasus Strategic Research Centre (Kafkassam), draws attention to the fact that Turkey has begun to pursue a more active policy towards North Africa and sub-Saharan Africa in recent years. She believes that Turkey needs to tread carefully in Libya if it wants to maintain working relations with the countries of the region.

"The experience gained by the Russian and Turkish sides in the framework of the Syrian settlement process has clearly demonstrated that the establishment of stability in the region is in the interests of both countries. Therefore, Turkey and Russia took the initiative to achieve a truce in Libya", Cinar observes.

Still, to establish lasting peace in Libya, other countries, including the US, Egypt, the United Arab Emirates (UAE) and the EU, should join the Russo-Turkish initiative.

However, despite the call from President of the European Council Charles Michel and [GNA head] Fayez Sarraj’s attempt to enlist diplomatic support [from the EU], Europe has yet to contribute to resolving the Libyan crisis in a meaningful way," Cinar underscores, adding that as of yet, only German Chancellor Angela Merkel, French President Emmanuel Macron and the Italian leadership have taken some steps in this direction.

The expert points out that the involvement of Egypt, Jordan, the UAE and Saudi Arabia, who are supporting the warring parties in Libya, is important to the establishment of the ceasefire and its further implementation.

While intra-Libyan talks brokered by Russia and Turkey ended in Moscow on Monday, Merkel came up with the initiative Tuesday to host a Libya peace conference in Berlin on 19 January. Germany invited Fayez al-Sarraj and Khalifa Haftar to attend the meeting. Representatives of Russia, the US, the UK, France, China, Turkey and the UAE have also been invited to the Sunday summit, according to the statement.