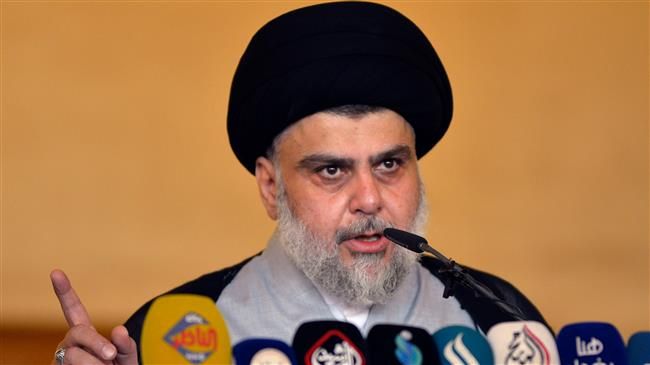 The march is needed “to condemn the American presence and its violations,” Sadr, who leads the largest parliamentary bloc, Sairoon, said in a tweet on Tuesday.

“The skies, land, and sovereignty of Iraq are being violated every day by occupying forces,” he added. The cleric, however, cautioned that such a show of popular disapproval should be a “peaceful, unified demonstration,” but did not offer a date or location for the proposed rally.

On January 5, the parliament voted overwhelmingly in favor of a resolution calling for the expulsion of all US-led forces, two days after the US military assassinated senior Iranian commander Lieutenant General Qassem Soleimani and along with Abu Mahdi al-Muhandis, the second-in-command of Iraq’s Popular Mobilization Units (PMU), among others, near the Baghdad airport.

The parliament resolution also urged the Baghdad government to drop a request for assistance from a US-led coalition of foreign troops purportedly operating against Daesh remnants in Iraq.

The Iraqis censured the targeted killings — which were ordered by US President Donald Trump — as a blatant violation of the country’s sovereignty as well as the security agreement between Baghdad and Washington.

In a letter to the parliament following the vote, Sadr called for an immediate cancellation of the security agreement with the US, the closure of the US embassy, the expulsion of US troops in “a humiliating manner,” and the criminalization of communication with the US administration.

Following the parliamentary vote, the office of Iraq’s caretaker Prime Minister Adel Abdul-Mahdi asked Washington to dispatch a delegation to Baghdad to initiate preparations for the withdrawal of American troops, who number around 5,200.

In response, Trump threatened to sanction Iraq “like they’ve never seen before ever” if Baghdad were to expel US troops.

Based on reports by the Wall Street Journal the US administration has threatened to shut off Iraq’s access to its main account at the Federal Reserve Bank of New York, which is used to collect revenues from the Arab country's overseas oil sales, if Baghdad expelled the American forces.