Putin - 'We see how an array of Western countries are resorting to pressure, intimidation and blackmail of sovereign African governments'
Read: 816 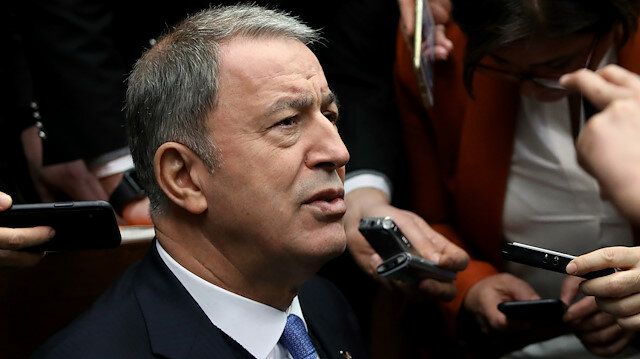 Turkey and Russia are discussing the establishment of a 'secure zone' within Syria's northwestern Idlib region where Syrians displaced by fighting can shelter during the winter, Turkish Defence Minister Hulusi Akar said on Wednesday, Eurasia Diary reports citing Yeni Safak.

Syrian government attacks in the region were continuing despite a ceasefire which came into effect three days ago, Akar told reporters in Ankara, and Turkey was reinforcing an observation post which has been surrounded by Syrian forces.

The minister said Turkey has not received an official request regarding a call by the Iraqi parliament on Jan. 5 for the withdrawal of foreign troops.

Hulusi also said it was too early to say that a ceasefire in Libya had collapsed after Khalifa Haftar, commander of eastern Libyan forces, failed to sign a binding truce at talks this week.

Turkey, which supports the internationally recognised government in Tripoli which is opposed to Haftar, has sent a training and cooperation team which is now active in Libya, Akar told reporters at a briefing in Ankara.