Turkey ‘not pessimistic’ about ceasefire in Libya but wary of Haftar | Eurasia Diary - ednews.net

Azerbaijan has right to use its armed forces to take back its legally acknowledged territory - British journalist
Read: 2579

In 2018, Russia and Japan were closest to signing peace treaty
Read: 264

Turkey ‘not pessimistic’ about ceasefire in Libya but wary of Haftar 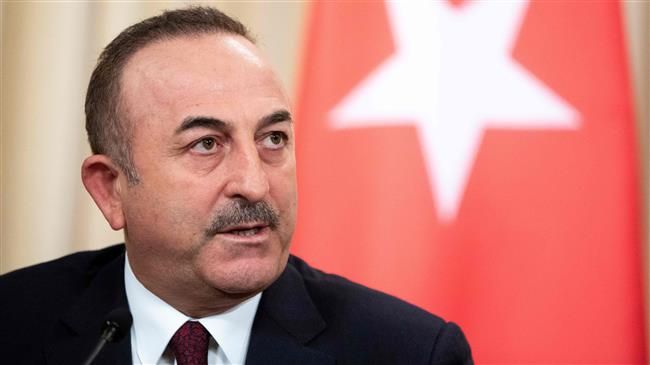 Turkey says it is not pessimistic about the prospect of a ceasefire in Libya, even after the collapse of peace talks in Moscow, but accuses renegade Libyan general Khalifa Haftar of seeking continued conflict.

Eurasia Diary reports citing Press TV, Turkey’s Foreign Minister Mevlut Cavusoglu made the remarks in the capital, Ankara, on Wednesday, two days after Haftar left peace talks mediated by Ankara and Moscow without signing a truce agreement that was meant to put an end to the months-long fighting around Libya’s capital, Tripoli.

Since 2014, Libya has been divided between two rival camps: the internationally-recognized government of Prime Minister Fayez al-Sarraj, seated in the capital, and another group based in the eastern city of Tobruk.

Haftar is the self-proclaimed commander of an array of militia groups apparently supporting the eastern camp.

His militia launched an offensive to capture Tripoli in April last year, interrupting peace negotiations underway at the time. Despite intense and deadly clashes between the two sides, Haftar has so far failed to achieve his objective and his offensive has stalled outside Tripoli.

In a declared attempt to restore peace in Libya, Turkey and Russia mediated peace talks between Sarraj and Haftar, who spent about eight hours of indirect talks in Moscow on Monday. But the talks ended without result when Haftar walked away. Sarraj had already signed a draft agreement on a truce.

“I saw it as a disappointment for our Russian friends as well. They did everything in their power and continue to do so,” Cavusoglu further said on Wednesday, adding that efforts were still going on to have a ceasefire deal before the Berlin summit later this week.

Germany will host an international conference to achieve a truce between the Libyan government and Haftar’s militia on the weekend.

Turkey supports the Libyan government and has sent troops to the North African country to help Sarraj’s government defend itself against Haftar’s offensive.

Separately on Wednesday, Turkish Defense Minister Hulusi Akar expressed hope that both the Libyan leader and Haftar would show up in the German capital.

“We are in favor of ceasefire and peace. We do not want the continuation of clashes. Efforts should be focused on a ceasefire so that Libyan parties can engage in talks for a political solution,” he told reporters.

Without mentioning names, Akar blamed third parties for prodding Haftar to leave Moscow without reaching a peace accord with Serraj.

“Some powers dislike the Turkish-Russian dominance in pushing for peace. They have given some advice to Haftar. As seen, he did not fully burn the bridges but delayed the ceasefire,” he said.

Libya plunged into chaos in 2011, when a popular uprising and a NATO intervention led to the ouster of long-time dictator Muammar Gaddafi and his execution by unruly fighters.