Unknown fighter jets tried to attack the Russian air base in Syria
Read: 2222 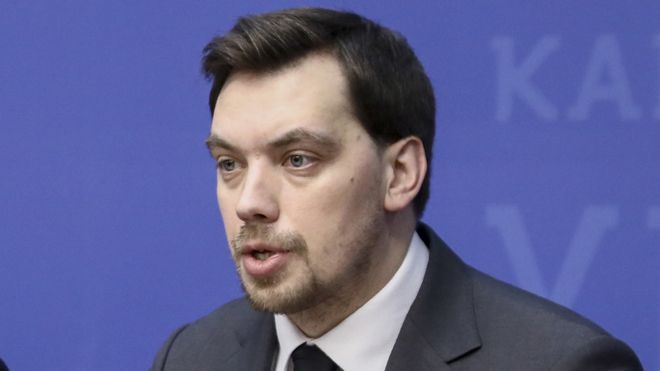 A voice sounding like Honcharuk's, but not officially confirmed as his, says President Volodymyr Zelensky only has a "primitive" understanding of economics.

Honcharuk also appears to admit that he himself is not good at economics.

Zelensky, a TV comedian and businessman, was elected last April.

The audiotape affair comes at a difficult time for him, as his relations with President Donald Trump are under intense scrutiny. The US president is being impeached for allegedly trying to pressure Zelensky into investigating political rival Joe Biden.

It remains unclear whether Honcharuk genuinely intends to step down, Reuters news agency reports, quoting him as saying "do not jump to conclusions", when asked about his resignation.

The controversial audiotape was uploaded to an anonymous YouTube channel on Wednesday evening. Honcharuk, 35, was apparently discussing the national budget with some other government ministers and finance chiefs.

Writing on social media, Honcharuk said the recordings had been edited from several fragments of government meetings to create the false impression that he did not respect the president.

Zelensky's office has confirmed receiving the resignation offer and says the president will now decide whether to accept it.