Unknown fighter jets tried to attack the Russian air base in Syria
Read: 2207 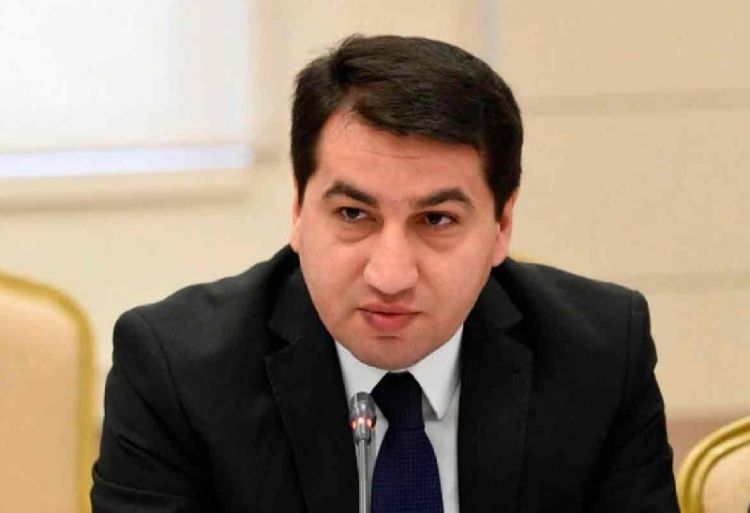 Hajiyev noted that Pashinyan used the expression "extremists" when talking about the martyrs of January 20.

"That's insanity. What else can you expect from the one who could compare Solzhenitsyn with a fascist executioner like Garegin Nzhdeh, who served Nazis?!," Hajiyev added.

The official stressed that the January 20 tragedy is recognized by the international community, which honors the blessed memory of martyrs.

Various events to commemorate January 20 are being held at the international level, in all diplomatic missions, Hajiyev said, noting that foreigners are informed about the tragedy.

"The settlement of the conflict should not be the subject of populism. Armenia is an occupying country, more than a million people have become refugees and internally displaced persons. Therefore, if we want to advance in the process of resolving the Nagorno-Karabakh conflict, it is necessary to eliminate the factor that forms the fundamental basis of the conflict, that is, the occupation. After this, various measures can be taken to settle the conflict, including measures to restore trust," Hajiyev said.