'We have no secret' - Putin reveals he informed Medvedev about government resignation
Read: 493 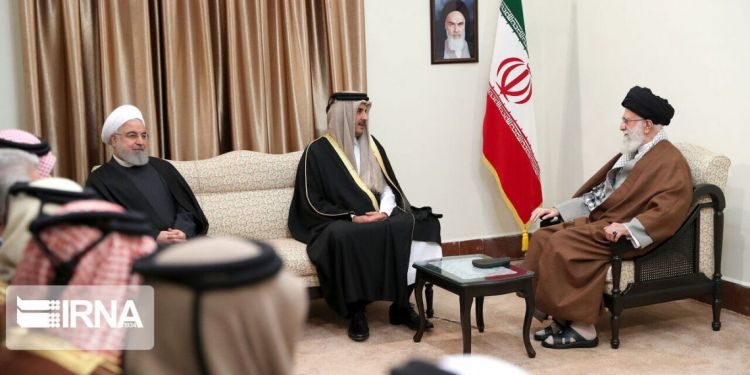 Qatar once more takes the lead as a mediator in the recent crisis that engulfed the Middle East after the targeted assassination of Qasem Soleimani, an Iranian Major General in the Islamic Revolutionary Guard Corps who was targeted by the US drone strike at Baghdad’s International Airport on 3rd January 2020.
Emir of Qatar Sheikh Tamim bin Hamad Al Thani’s visit to Iran directly after the incident of Soleimani’s killing is being seen as a very serious and wise diplomatic move by the Qatari side to reduce the tension in the region.
For the last decade, Qatar has been playing a responsible and mature role in resolving the regional and global conflicts towards peaceful solutions and has a very solid stance on the implementation of international law. On one side, Qatar has been facing air, sea and land blockade from its neighboring Gulf States including Saudi Arabia, Bahrain and UAE since 2017 but playing a very positive and responsible role in diffusing tension between major power players.
Despite the face of numerous challenges from the neighboring states, Qatar is getting the status of the most favorite state in the Middle East compared to any other country and it is because of equal treatment on part of Qatar towards all the other countries in the region and across the world.
The difference between Qatar’s diplomacy and the other GCC members is that Qatar used to engage other countries into dialogue and negotiations on the grounds of equality without resorting to hegemonic mantra, however, some other states in the Middle East like Saudi Arabia used the policy of supremacy and dominance and try to exploit the other states with its influence.
Qatar is getting huge leverage due to its diversified diplomatic style and moving successfully to become a regional and global hub for its diplomacy, dialogue, and diversity.
Qatar’s shuttle diplomacy towards the de-escalation in the Middle East and its emerging role as a mediator, proving a successful episode in diffusing tension not only between Iran and the USA but also played an effective role in bringing all the stakeholders at the negotiable table for peace in Afghanistan.
Foreign Minister of Qatar Mohammed bin Abdulrahman Al Thani visited Iraq and met his counterpart is another serious effort from Qatar in defusing tension among all parties towards restraint.
Kuala Lumpur Summit Aftermaths- A New Muslim Bloc in the making
A new Muslim country’s bloc is being seen in the making while witnessed a number of developments in the aftermath of the Kaula Lumpur Summit gesturing that there is a very strong desire for new leadership for the Muslim world.
The Muslim world needs a new Muslim’s order for the presentation of better counter-narrative, existing challenges and to combat the increasing threat of Islamophobia.
The dynamics of the Muslim world are changing very fast. Qatar, Turkey, and Malaysia are gearing up for the unity of the Muslim countries; however, Saudi Arabia feeling afraid of losing its hegemonic control. The KL Summit is likely the act to spurn the hold of the few Muslim countries’ overall on the Muslims world.
Unfortunately, those few countries who are claiming to have a hold on the entire Muslim world badly exploited the less developed Muslim states for their own interests and for the sake of the pro-western agenda.
Kuala Lumpur Summit was actually an effort to unite the divided Muslim world but the propaganda against the KL summit in its aftermath is actually exposing the fear of so-called Muslim countries who foresees their monopoly ending.
The recent Kuala Lumpur Summit is actually the first major gesture towards this new episode of the new Muslim world order. A new Islamic bloc is being anticipated to solve the challenges of the Muslim countries and to give the confidence of the depressed Muslim countries is the need of the hour.
The End of Saudi Hegemony
Malaysian Prime Minister calls for the Muslim world to get united after the assassination of the Qasem Solemini is another powerful stance from any Muslim country that scared the Saudi Arabia hegemony.
Saudi Arabia’s leadership specifically the crown prince Muhammad Bin Salman thinks that the control of Saudis is losing rapidly in the region and especially in the Muslim world.
Saudi Arabia did not want to get independent in the Gulf Cooperation Council (GCC). Qatar is a very good example that how Saudis made its blockage and try to use all its influence to let it down but as they pushed, Qatar emerged as a global hub and more interactive to the world.
There is an increasing debate among the Muslims countries that whenever west want to implant their agenda or policies they implement through Saudi Arabia or its close allies.
So the Saudi hegemony is ending fast under the current circumstances and the existing policies of the kingdom leadership. After the successful show of the Kuala Lumpur Summit with the presence of three major Muslim states, experts are predicting a domino effect, which is going to end the theological and political grip of the oil-rich kingdom on Muslim governments.
Malik Ayub Sumbal
Geopolitical Analyst, Commentator
President and Founder of The Caucasus Center for Strategic and International Studies (CCSIS)