Harsh response from President Aliyev - Armenians should find other places on earth for self-determination - VIDEO
Read: 421

Azerbaijan Defense Minister - “The troops should conduct exercises and training in the daytime and at night, in conditions close to real combat”
Read: 345 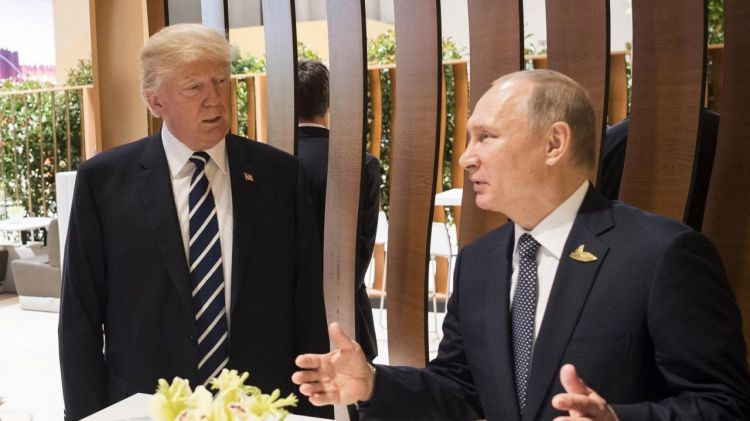 Fostering Russian-US relations will positively influence the entire course of global events, Russian Ambassador to the United States Anatoly Antonov said on Monday at a reception on the occasion of the Day of Diplomatic Service, Eurasia Diary reports citing Tass News.

"For a second year in a row, we are celebrating our holiday with colleagues from the Commonwealth of Independent States. All of us have one diplomatic school," Antonov noted. "On the eve of the 75th anniversary of Victory in the Great Patriotic War we are even more united."

According to the ambassador, Russia’s foreign policy is aimed at "defending national interests for the sake of internal development." "Our country has never dodged responsibility for ensuring peace and stability," the diplomat emphasized. "We will protect the principles of non-interference in domestic affairs."

"We will go our part of the road towards each state, which seeks to build relations with Russia on the basis of mutual respect and the balance of interests," Antonov stated. "We are convinced that improving Russian-US cooperation does not only meet the two countries’ interests but will also have productive influence on the entire course of global events."

During the reception, the participants also watched a video greeting from Russian Foreign Minister Sergey Lavrov.

The Russian Embassy in Washington D.C. is hosting two photo exhibitions. The first one is devoted to the 75th Yalta Conference, which laid the basis for a post-war world order. The second exhibition features photos from various periods, which are devoted to Russia’s diplomatic presence in the US as well as modern photos made by the mission’s staff.