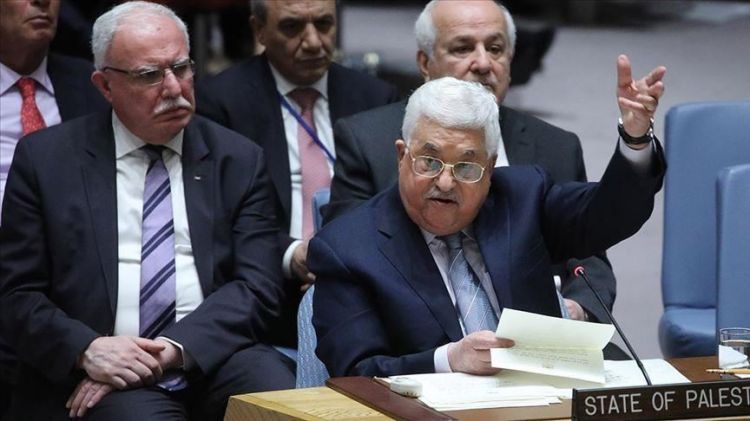 In a 36-minute address to the UN Security Council, Abbas criticized the U.S. plan that gave Israelis almost everything they wanted and left the Palestinians with “islands” of territory and a country that looked on a map like “Swiss cheese”.

“I am ready to start negotiations, as I was ready always, if we have a partner in Israel ready for peace, ready for negotiations under the sponsorship of the international Quartet and on the basis of internationally agreed-upon parameters.”

Abbas called for the expansion of the Middle East Quartet — a grouping of the U.S., the U.N., the European Union and Russia that has in the past played a lead role in peace talks but has in recent years been less active.

Still, the Palestinians did not appear to have enough support in the council to put a resolution they had backed, an original version of which criticized Israeli land grabs and the U.S. plan, up for a vote on Tuesday.

“We will not resort to violence or terrorism,” said Abbas.