Russian parliament to monitor US measures against ‘Russian propaganda’ 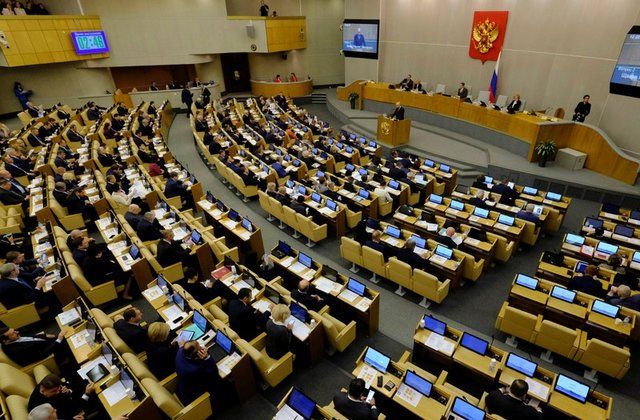 He informed that the commission had made this decision during Thursday’s session. "I have put forward a proposal for the commission to track the spending of those funds: where they go, which countries receive them, which non-commercial organizations they [the US] will use to influence our "propaganda," as they say," Shkhagoshev said, noting that he is ready to supervise this area. "The commission has agreed with me, we will get to work on this," the MP added.

The lawmaker explained that US President Donald Trump’s administration had asked Congress earlier to allocate $700 mln to counteract the so-called Russian influence. "A separate article offers to allocate $24 mln to counteract "Russian propaganda,"" Shkhagoshev added. He expressed confidence that those funds would go to the media outlets discussed during earlier sessions of the commission on foreign interference.

The White House informed on Monday that the US administration plans to allocate at least $700 mln to counter "Russian influence" in the 2021 fiscal year within the US State Department. The Global Engagement Center of the US State Department will receive $24 mln to fight alleged Russian propaganda and disinformation. The center’s main aim is to fight terrorist propaganda and to counter alleged digital influence from the side of China, North Korea and Russia.