daily news
Acting secretary of the Navy resigns after calling ousted aircraft carrier captain 'stupid'
EU fails to agree on coronavirus recovery deal
Trump threatens to withhold U.S. funding to WHO
Russian Su-57 and its ‘assistant’ will not leave a chance to US, - China
Team of specialists from Russian armed forces arrives in Armenia to assist in struggle against COVID 19
Azerbaijan to construct six modular hospitals to fight COVID-19
PKK roadside bomb kills 5 civilians in SE Turkey's Diyarbakır
China lifts 76-day lockdown on Wuhan as city
﻿

An artillery attack on a second US military convoy in Syria
Read: 715

Iran expects EU to come back to JCPOA commitments - Zarif 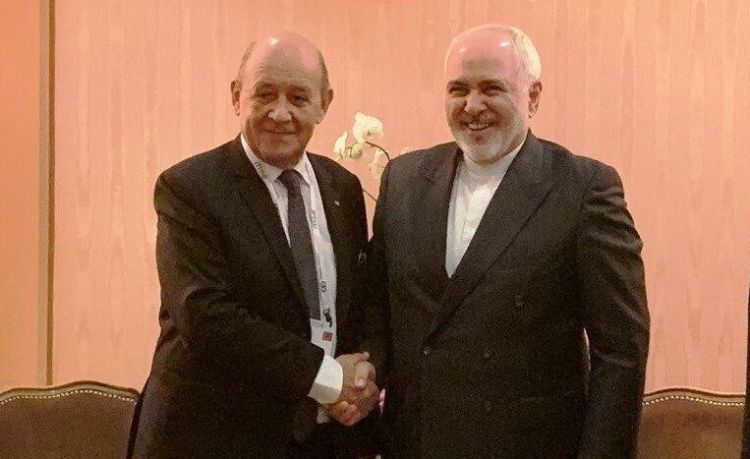 Iranian Foreign Minister Mohammad Javad Zarif said on Sunday that Iran expects the European Union to return to its commitments to the Joint Comprehensive Plan of Action the only correct way to resolve problems, Eurasia Diary reports citing IRNA.

Zarif made the remarks in a meeting with his French counterpart Jean-Yves Le Drian held on the sidelines of the Munich Security Conference (MSC).

Zarif reminded the EU's lack of compliance with JCPOA commitments, saying the path taken by the EU will solve no problem.

During the meeting both sides discussed bilateral issues regional developments and the issues concerning the JCPOA.

Earlier, speaking on the sidelines of the MSC, Zarif said if Europe complies with its commitments, Iran will reverse to its nuclear commitments.

Zarif noted that Iran is ready to make its measures slower or reverse them based on those taken by the EU.

Iranian cabinet in a statement on January 5, announced the country's decision to take the final step to reduce commitments to the JCPOA.

The cabinet further stated in its statement that as the fifth step to reduce its commitments, Iran will abandon the last key restriction in the operation field put up in the JCPOA literally "the limitations in the number of centrifuges".

It added that Iran's nuclear program will not face any kind of restrictions in such areas and will go on solely according to the country's technical needs.

However, the cabinet stressed that Iran will continue with customary cooperation with the IAEA.

Iran is ready to go back to its JCPOA commitments once the sanctions are removed and the country gets benefits from the nuclear deal, the cabinet announced.