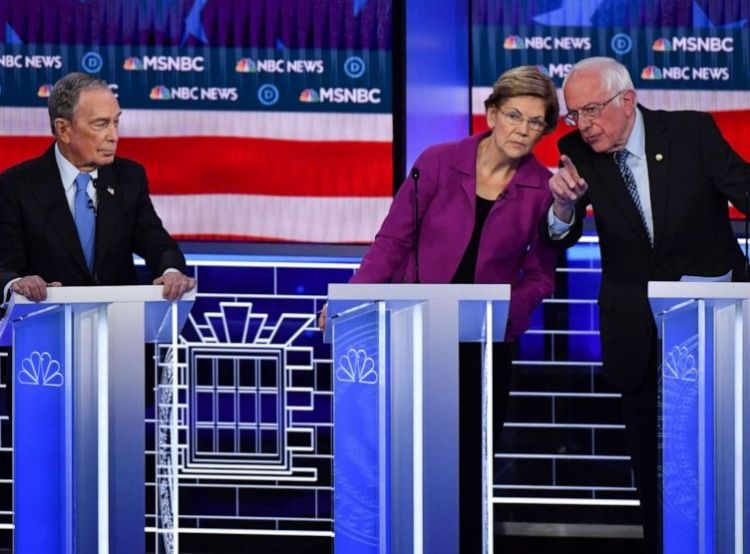 “Democrats take a huge risk if we just substitute one arrogant billionaire for another,” Warren compared Bloomberg to Donald Trump.

One of the most shocking statements by Warren was reminding Bloomberg’s sexist approach.

“I’d like to talk about who we’re running against: A billionaire who calls women fat broads and horse faced lesbians, and no, I’m not talking about Donald Trump, I’m talking about Mayor Bloomberg”

Bloomberg and Sanders started to attack each other’s position in the way of capitalism vs. socialism.

“We have a grotesque and immoral distribution of wealth and income. Mike Bloomberg owns more wealth than the bottom 125 million Americans. That’s wrong,” Sanders attempted to slam Bloomberg having oversized wealth.

What a wonderful country we have!" Bloomberg said. "The best-known socialist in the country happens to be a millionaire with three houses. What’d I miss here?”

“I work in Washington," Sanders responded.

Bloomberg tried to save his position for comparing capitalism and socialism which he described danger to the US economy.

“This is ridiculous. We’re not going to throw out capitalism. We tried that. Other countries tried that. It’s called communism, and it just didn’t work,” Bloomberg used his last card.