Sanders says may relocate US embassy back to Tel Aviv if elected | Eurasia Diary - ednews.net

An artillery attack on a second US military convoy in Syria
Read: 740 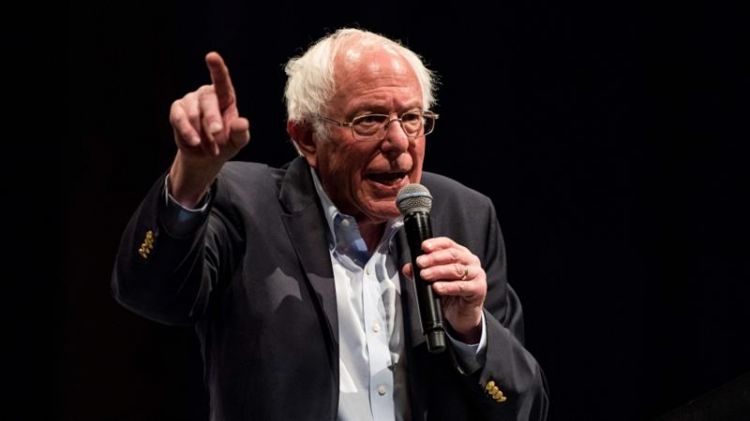 Leading US Democratic presidential candidate Bernie Sanders said he would consider moving the US embassy in Israel back to Tel Aviv if elected president, Eurasia Diary reports citing Aljazeera.

Sanders's comments about revisiting US President Donald Trump's controversial decision in 2018 to relocate the embassy from Tel Aviv to Jerusalem came during Tuesday's Democratic presidential debate.

Trump's move came after he declared Jerusalem as Israel's capital - a move long sought by Israel - in December 2017.

"The answer is, it is something that we would take into consideration," Sanders said before calling Israel's Prime Minister Benjamin Netanyahu, an ally of Trump, a "racist".

Sanders went on to say while he was proud of his Jewish heritage, he stood against Netanyahu's policies.

"I am very proud of being Jewish. I actually lived in Israel for some months," said Sanders.

"But what I happen to believe is that right now, sadly, tragically, in Israel, through Bibi Netanyahu, you have a reactionary racist who is now running that country."