American expert - Racism is a fundamental to the Western approach to Africa
Read: 1116

An artillery attack on a second US military convoy in Syria
Read: 1016

Team of specialists from Russian armed forces arrives in Armenia to assist in struggle against COVID 19
Read: 881 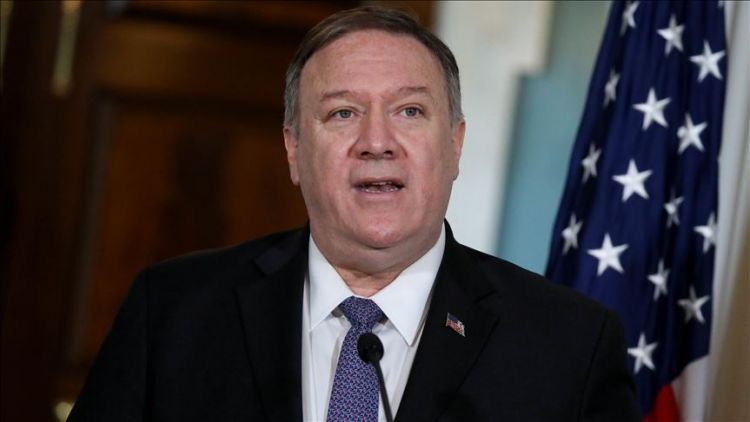 According to Suhail Shaheen, spokesman for Taliban’s Qatar office, the two discussed ways and means for better implementation of the U.S.-Taliban peace deal and subsequent prisoners' swap in Afghanistan.

"... so the intra-Afghan negotiations begin and Afghans reach, in line with the agreement, the future political system including permanent peace and cease-fire. Secretary of State Pompeo assured the American forces are withdrawing in accordance with the timetable", he said in a Pashto tweet.

The rejuvenated yet fragile Afghan peace process continues to face deadlocks as differences persist between Kabul and the Taliban over a proposed exchange of prisoners.

According to official sources, there are 12,000-15,000 inmates, including foreigners from Pakistan, Central Asia and Gulf countries, in different prisons across Afghanistan.

The Taliban have demanded the release of 5,000 of their militants in return for the release of 1,000 captives, including Afghan government officials and security personnel.

The Afghan government, however, insists on releasing them in phases along with intra-Afghan talks and a ceasefire in place.

A day earlier, the U.S. said that it is cutting $1 billion in assistance to Afghanistan this year after the country's rival leaders, President Mohammed Ashraf Ghani and his former power-sharing Chief Executive Abdullah Abdullah, failed to agree on an inclusive government.