Is there any point in replacing the OSCE Minsk Group with another diplomatic mechanism? - The explanation by Azerbaijani expert
Read: 560

We call on the UN and international community to urge Armenia to refrain from another military aggression - Azerbaijan President
Read: 200 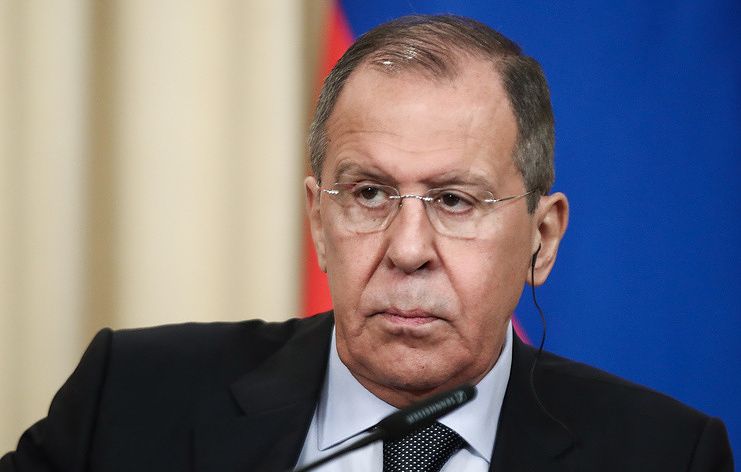 The US administration is replacing the stabilization of international relations by strategic rivalry among great powers, thus forming a standoff concept, Russian Foreign Minister Sergey Lavrov told TASS when asked about the development of a "super-duper" missile in the United States, EDNews.net reports citing TASS.

"The current US administration is phasing out the term ‘strategic stability’ from its vocabulary. Instead of strategic stability as a goal to be sought in relations between our countries and relations among all leading powers of the world a new notion, a new term has begun to be used: strategic great power rivalry. In other words, it is standoff, and not stabilization of the situation that is used as the conceptual basis," he said.

Lavrov believes that for understanding the reasons behind such transformation of fundamental terms "there must be a direct dialogue, which regrettably does not exist yet."

He announced that Russia and the United States were going to hold a video conference on strategic stability. Lavrov and US Secretary of State Michael Pompeo earlier agreed to establish contacts between the US Special Presidential Representative for Arms Control Marshall Billingsley and Russia’s Deputy Foreign Minister Sergey Ryabkov.

"They held a telephone conversation on May 8. A rather preliminary one. The Americans promised that as soon as they are ready, they will propose specific dates for holding the videoconference to discuss strategic stability issues - all those ‘supers’ and ‘dupers’ (earlier, US President Donald Trump declared the development of a "super-duper missile" - TASS) and everything else that concerns nuclear arms control, with officials from the ministries of defense and security services taking part. We are now waiting for such a proposal regarding the date of our video consultations," Lavrov said.

Asked for a comment on Trump’s statement the "super-duper missile" the United States was working on was capable of flying 17 times faster than any other missile existing at the moment, Lavrov said he would prefer not to go into details.

"I do not possess special technical knowledge that would let me measure the speed of sound and the number of speeds of sound this or that piece of military hardware is capable of developing… I would not enter into this discussion. My job is to ensure our relations with the United States should not be overshadowed by new problems," he explained, adding that the strategic stability dialogue was one of the fields where Russian-US relations needed considerable improvement.