What does withdrawal of US troops from Iraq mean? - American military expert explains
Read: 682

US, Russia finalize planning for space security exchange at end of July
Read: 599

China responds to US sanctions over Xinjiang
Read: 456

Konul Nurullayeva attended a videoconference of the PACE Committee
Read: 416 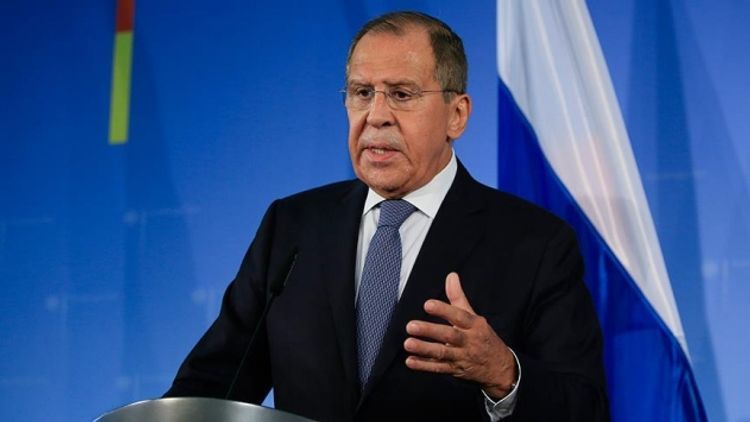 The amendments to the law of Hong Kong are a domestic affair of the People’s Republic of China, while the United States’ attempts to stir up a scandal don’t make Washington a reliable dialogue partner on any other issues, Russian Foreign Minister Sergey Lavrov said after a video conference of the Council of Foreign Ministers of the Collective Security Treaty Organization, EDNews.net reports citing TASS.

"The problems, which they are stirring up around Hong Kong, are related to China’s domestic affair, and we view them this way. I don’t think that the US attempts now to turn this problem into a scandal <...> add reliability to dialogue with the US on any other issues," Lavrov said, commenting on a statement by White House National Security Adviser Robert O'Brien that the US could slap sanctions on China and Hong Kong if Beijing moved ahead with a proposed national security law that could infringe on Hong Kong’s autonomy.

Lavrov said it was difficult to comment on the statements by US officials at the moment. "These statements are filled with a sense of superiority and a sense of impunity, including the self-appropriated right to rate everyone and put demands on everyone — demands that are related to satisfying US interests. <...> We have experienced this more than once, and, unfortunately, what the United States is saying now about China does not surprise us, although, in general, this is, of course, unprecedented," the Russian foreign minister explained.

Earlier, White House National Security Adviser Robert O'Brien said that apparently China sought to use the national security law to "basically take over Hong Kong." In this case, US Secretary of State Mike Pompeo "will likely be unable to certify that Hong Kong maintains a high degree of autonomy, and if that happens there will be sanctions that will be imposed on Hong Kong and China."