Merkel calls for cease-fire in Libya 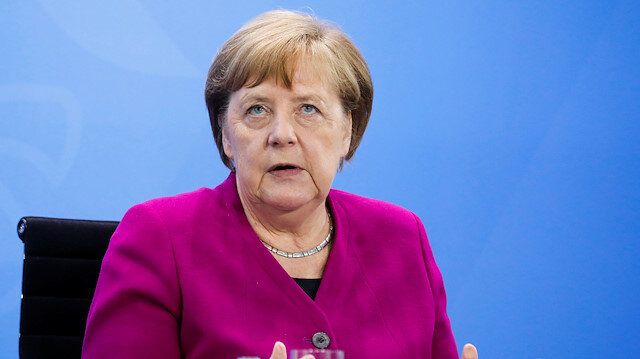 German Chancellor Angela Merkel on Wednesday renewed her call for a cease-fire in Libya to resume political talks for a settlement in the war-torn country, EDNews.net reportsw citing Yeni Safak.

Delivering a speech on foreign policy at Konrad Adenauer Foundation, Merkel underlined that Africa and developments in Libya would remain important topics for Berlin, during its six-month EU presidency starting July.

“Developments in Libya in recent weeks have shown that there is a chance for stability in the country only if the parties obey the cease-fire plan brokered by the UN and return to the negotiating table,” she stressed.

Merkel hosted in January an international peace conference in Berlin to support the UN’s efforts for a cease-fire in Libya.

But her efforts failed to make any progress amid continued military attacks of warlord Khalifa Haftar, who enjoyed support from several countries, including the UAE, Egypt, France and Russia.

Libya’s internationally recognized government, also known as the Government of National Accord, has been under attack by Haftar's forces since April 2019, with more than 1,000 killed in the violence.